Fashion Week continues! Julia Stiles saved the last dance for Cynthia Rowley, ladies stripped for Rag & Bone, Purple Magazine brought out everyone who is anyone, Prabal Gurung opened Mr. H at the Mondrian, Ken  dressed for a "Concert Date" with Barbie, and so much more!

Other Details: Julia Stiles was front-and-center at the show, and at the party.  She told PAPER this about her flick Save The Last Dance: "It gives me street cred, but people are usually nice. They're not bad crazy. Enthusiastic-crazy, which is nice."  Guests were told that James Franco and his partner in performance art, Kalup Linzy, would be providing the music, leading to some disappointment when it was not a live performance,  but instead just a selection of tunes they picked.  [Via]

Other Details: Patricia Field's 69th birthday on Friday night was a fest that smacked of the carnivalesque gone Gaga with a neon light masquerade quickly spiraling into debauchery. You have got to see these PHOTOS.

Who Was There: Employees and friends of the designer

Where: Penthouse at Morgans Hotel

Other Details: Lorenzo Martone bopped around the room as guests snacked on bean wraps and mini spring rolls. Video of the show played on a small screen and the balcony was packed with smokers and those who wanted to enjoy the view.[Via] 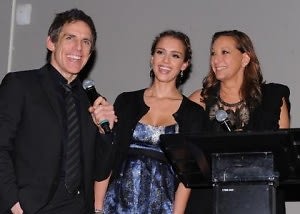 Other Details: One of the few non-fashion events that went on, this event was packed with star-power. Sean Penn was honored for his work in Haiti.  Paz de La Huerta managed to not get fall down drunk and embarrass herself. Donna Karan was asked about PETA planning to stream the sounds of tortured rabbits into her office. She finds it odd she is being targeted. ""You know, and that is, their approach and it's a free country, and they can say whatever they want to say. But there is no fur in our collection, so we do shearling and leather, and it's a shame that they're out there," she told Digtriad. [Via] 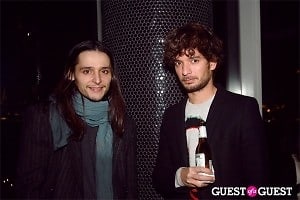 Other Details: Take a look at our interview with Andre Saraiva HERE. Details on the party HERE and more photos HERE.

Other Details: Simon created a  window installation featuring Diet Pepsi’s slim new cans, which hit the market in March. “I’ve designed these huge, oversize, incredibly sexy high heels made out of this new Diet Pepsi skinny can,” he told WWD. “It’s kind of my Warhol moment. He played with Campbell Soup cans and I am playing with Diet Pepsi cans.”[Via]

Other Details: Minni Mortimer showed off her line with a pop-up party at Avenue. [Via]

Other Details: DJ Manero spun for the crowd on 21st Street. 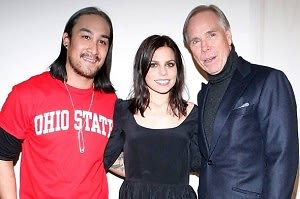 Who Was There: Dee Hilfiger, Tommy Hilfiger, Alexandria Hilfiger, Steve Hash, Nary Manivong

Other Details: Ally Hilfiger recently paired up with Nary Manivong to create Nahm. Ally told Kanon Vodka that she chose the venue because ": Francesca and Simon Hammerstein are dear, dear friends of mine, and they offered!" [Via] 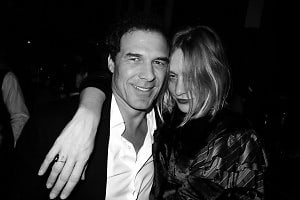 Other Details: Purple Magazine's party at the Boom Boom Room was hands down the best. The evening started with a dinner for Zac Posen at Mr. Chow and then head over to the hotel where the guest list was a who's who of beautiful and fashionable people. Everyone was there. Topher freaking Grace was even there!  @Modelinia Tweeted: "Zac Posen and Purple magazine bring the life back to this season’s #nyfw" @REDHOTPRSOCIETY said, " Le Bain and Boom Boom Room crazy! Purple Magazine and Zac Posen's Z-Spoke!!!" [Photo courtesy of Purple Diary. Go HERE for more]

Other Details: While Z Spoke and Purple took home the gold for hottest party of the week, this one scored pretty high. Take a look at details HERE, with all the info on Armin Amiri's new club Mr. H, and photos HERE. 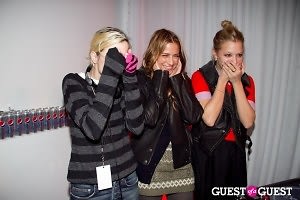 Other Details: The Ronson's kept it all in the family at the after-party for Charlotte's show. Samantha Ronson spun as Annabelle Dexter-Jones danced and MNDR, a musician on brother Mark's label, took the stage to rock the crowd. Take a look at the photos HERE.

Where: The Jane Other Details: Karen O and Nick Zinner (of The Yeah, Yeah, Yeahs), Nancy Whang (of LCD Soundsystem) and Victoria Bergsman (of Taken by Trees) performed.  @nytimesfashion Tweeted: "At united bamboo party at the Jane hotel. Packed and very young. Door surprisingly loose." You can see more photos HERE.

Other Details: Bushwick pizza joint Roberta's hooked up with Vice for a wild party. There was pole dancing and a giant lion that guests couldn't resist taking a seat on. 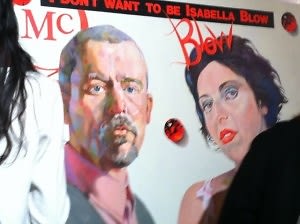 Other Details: The event served not only as a memoriam and celebration of Alexander McQueen, but also as the first public viewing of Anton S. Kandinsky's painting "Obsession" featuring Alexander McQueen & Isabella Blow. [Via]

Other Details: Terence Koh's first show in New York has him circumnavigating a perfectly conical pile of crystalline salt rocks. He made several rounds as onlookers watched. [Via]

Where: The Lambs Club at The Chatwal

Other Details: Adam Lippes celebrated his runway show with a quiet affair at the Lamb's Club.

KEN: The Ultimate Dream Date For Every Occasion 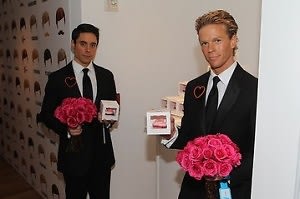 Other Details: No one knows why they broke up back in 2004, but Barbie and Ken are back together!  At Mattel’s “Celebrating Ken” party at Christie’s  models donned Ken-like tuxedos, perfect hair and glowing Californian skin. They were outfitted by outfitted by six CFDA menswear designers Yigal Azrouel, Robert Geller, Simon Spurr, Nicholas K, Billy Reid and Michael Bastian for events such as “Concert Date” and “Picnic Date.” Guests could take pictures with the men. According to the WSJ, shirtless beach date Ken was a particularly popular choice. [Via]

Other Details: Guests screened Marc Bouwer's 3-D fashion film, starring Selita Ebanks. Bouwer told HuffPo: " I have tried to incorporate the latest technology in the way I show my collections. I was the first American designer to show virtually....I also embraced Facebook and Twitter as major tools in getting my message to the masses. 3D to me is obviously the next huge thing in viewing technology so I raced to be the first to show a collection in this mode." [Via] 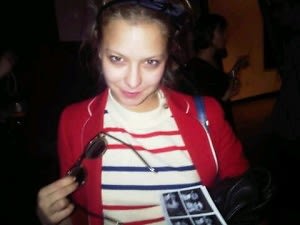 Other Details: Annabelle Dexter-Jones and Andre Saraiva celebrated their collabroation with Illesteva on “Annabelle + Andre = Love” glasses. @sarahkunst Tweeted: "In not shocking news, the @illesteva party is all sorts of hipster madness, deleon knows its niche." [Via] 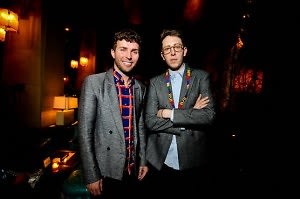 Who Was There: Connor Paolo (aka Eric van der Woodson on Gossip Girl)

Other Details: The One AM Radio and TKMri DJ'd as Napoleon Perdis gave make overs. Fashism was on hand to let guests try on Timo's clothes and upload them to the site to see what other users thought of their outfit. [Via] 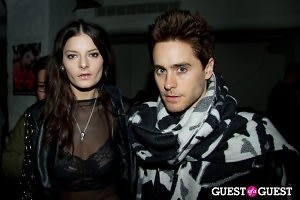 Who Was There: Jared Leto, Jared Leto's Ridiculous Snuggie Coat

Other Details: Can someone please tell Jared Leto that wearing your security  blanket is not a stylish look? It doesn't matter how good looking you are, no one is handsome enough to pull off the snuggie (unless you are camping at a gay brothel. Maybe.) But aside from that, this was a great party and packed from wall to wall with people dancing and having a great time. Take a look at more photos HERE.

Where: The Lambs Club at The Chatwal Hotel