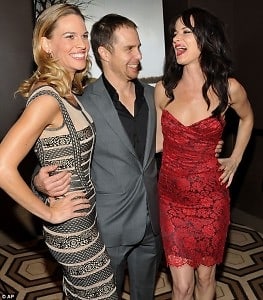 Whoaaaa there, Tuesday night! It had been a quiet weekend, but New York came back with a vengeance last night, with a staggering number of star-studded events and parties all across the city. Here's what happened last night!-

Where: Screening at Tribeca Grand, Party at SoHo Grand

Other Details: Juliette Lewis seems to have recovered just fine from last week's hit and run, and seemed in fine spirits chatting with reporters and costars. The paparazzi were swarming outside the Tribeca Grand screening location, probably because of the completely randomly musicians who showed up to the screening in addition to the A list Hollywood types: Courtney Love isn't so unusual for an NYC red carpet anymore, but the presence of  Tony Bennett, John Mayer and Josh Groban added unexpected musical gravitas to the evening's festivities...

Other Details: The room was decorated with, yep, Swarovski crystals and green and white table settings. Guests got to ogle Mark Fast's jewelery collection, on display in the walls. 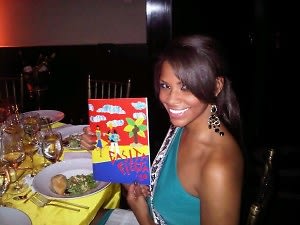 Other Details: Something about the annual Casita Maria fiesta, which supports the center for arts and education, inspires guests to wear THE most colorful dresses. There was nary an LBD in sight last night, as socialites and philanthropists favored instead bright blues, reds, pinks, purples and patterns. The room itself was decorated festively, with bright orange and yellow table settings accented with bright pink flowers. After dinner, seemingly everyone headed to the dance floor, where they salsa and tangoed (or, just, you know, regular danced...), accompanied by a liveband.

Other Details: Dinner was in honor of Topman's brand director, David Shepherd. 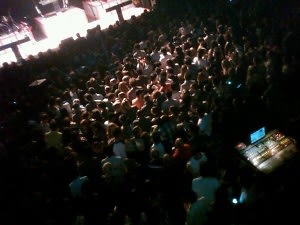 Where: MPD, followed by Mark's concert at Webster Hall

Other Details: The pre-concert dinner, hosted by Charlotte, was attended by all of Mark's NYC family and friends (though sister Samantha and brother Alexander weren't there.) At the dinner, guests were presented with VIP tickets to the concert, which were all standing room only: makes sense though, Webster Hall was packed. 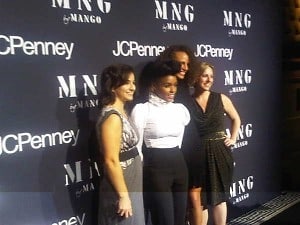 Other Details: The clothes that were unveiled last night got rave reviews (no surprise--Mango is awesome!) Janelle Monae played at the afterparty.