Everyone has flown back from Paris, recovered from jetlag, and made a tentative step back into New York party life. It wasn't the busiest weekend New York's ever had, but there's still plenty to talk about. Here's what you missed from this weekend's parties...-

Other Details: Ah, Johnny Knoxville, the accidental DuChamp of our time. (We actually do think this cementation of Jackass's cultural relevancy is a tad pre-mature, and a tad "desperate to be hip" on the part of MoMA, but who are we to be sticks in the mud?) (Btw, we weren't aware the screening rooms at MoMA had 3-D technology...) 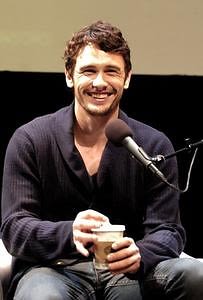 Where: Various locations throughout the Hamptons

Other Details: Stars were helicoptered in for the Film Festival, where films including "Blue Valentine', "The Black Swan", and "127 Hours" were screened.  Madonna entered a screening of "The Black Swan" through a backdoor once the lights went down, James Franco fielded questions at "A Conversation With James Franco" (Left), and Alec Baldwin had M&Ms pelted at him for texting through a movie. 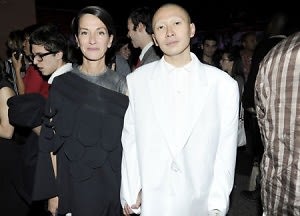 Other Details: Last week, we spoke too soon when we said nothing happens in Chinatown! NYC's it-set, back from Paris, all headed downtown to check out the pop-up art exhibition that everyone's been talking about this weekend. Artists were asked to submit work that encompassed one of the following themes: Knowledge Is Power, Teachers Inspire, Creativity, Innovation, and Community. All proceeds benefit the Redu.com