The city was jumping last night! "Little Fockers" premiered at Ziegfeld, Florence Welch AND Surfer Blood played Don Hills, Bernardo Bertolucci got his due, and models were given yet another thing to celebrate. Let's get the details! 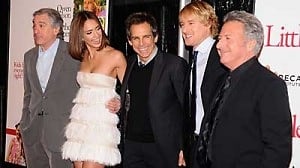 Other Details: Yes, they made another one. ANOTHER ONE! What the Focker? How many focking jokes can they make about a last name? A focking million, and they will prove it. Tee hee hee. Jessica Alba plays a salesperson for a drug similar to Viagra.  The jokes just keep coming, don't they? Laff riot. But wait-comedy did happen: Cash Warren was there to support his wife and when tab reporters questioned him on what their daughter thought of her new cropped hair, he responded, "She liked it so much she wrote a haiku. It was right after she drove us here."  Zing! [Via]

Other Details: La Esquina was packed last night with people better looking than you (assuming you are not a model, no offense). They primped, posed, discussed how they deal with being hated because they are beautiful, and did other things that the genetically blessed generally do. It was just like an ad campaign for some high-priced clothing line/perfume/alcohol brand. 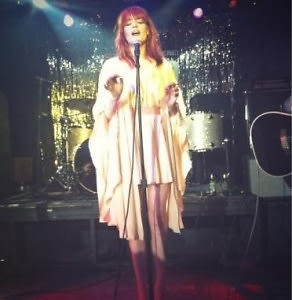 Other Details: Florence and the Machine played an acoustic set followed by a jam session by Surfer Blood. Don Hill's has definitely secured its spot in nightlife as The Place To Be. It was a predictably raucous time. We're guessing plenty of people had a morning like @jmprada26 who Tweeted: "Don Hills kicked my ass last night. So much that you would think I did get my ass kicked then robbed. lost my phone, coat and card, grreat." If you weren't there, don't worry; I wasn't either. Let's commiserate over how upset we are that we missed it in the comments.  [Via] 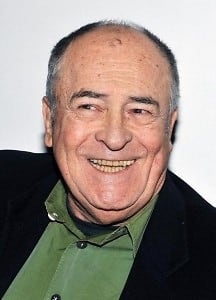 Other Details: Italian film director and screenwriter Bernardo Bertolucci is being honored with a retrospective at MoMA. At the age of twenty-one Bernardo Bertolucci debuted his first film, The Grim Reaper (1962), at the Venice Film Festival; he has since gone on to earn every award and accolade to which a filmmaker can aspire with movies like "Last Tango in Paris." Even 1996's "Stealing Beauty," with Liv Tyler was pretty good. [Via].