Martha Stewart enjoyed the steam-grilled-on-a-bed-of-onions smell of the White Castle candle, Lauren Bush hosted her annual FEEDRAISER, socialites and a few Real Housewives attended Anna Rothschild's annual party, and Matt Damon and The Dude abided the Coen brothers at the "True Grit" premiere. What else happened? 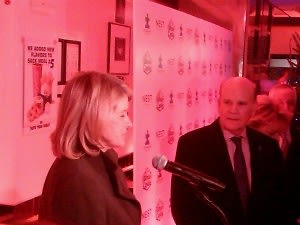 Reception and Screening of "LOVE ETC."

Other Details: The film is a love triangle Pierre, Benoît, and Marie, a 25-year-old who restores paintings. What will happen??? You'll just have to go see it.

Other Details: Each year the FEED Foundation and FEED Projects, host a holiday FEED-Raiser & Market. Headed by Lauren Bush, the event raises money to provide essential school meals for children around the world. Lauren's boyfriend David Lauren was in attendance, once again causing snickering onlookers to question whether if they got married she would take his last name to be Lauren Lauren. 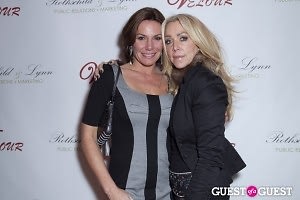 Other Details: New York socialites gathered together for Anna Rothschild's annual party at Velour. Two of the Real Housewives, Ramona Singer and Countess Lu Ann Lesseps, were in the same room without fighting! Money really can buy you class.

Who Was There: James Hamilton, Waris Ahluwalia

Other Details: James Hamilton, whose work you may recognize from Village Voice and Harper's Bazaar, launched his new book last night which focuses on New York's 1960s and 70s music scenes. Wes Anderson was supposed to host the fete but never showed.  [Via] 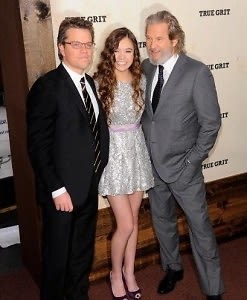 Other Details: The  Dude abided last night as the Coen brothers debuted their new Western about a young girl (Hailee Steinfeld) who hires a U.S. Marshall (Jeff Bridges) to track and kill the man who shot her father. Former Mayor Rudy Giuliani was there to support his friends at Paramount Pictures and because he "loves Westerns." Bill Hader came to get ideas for sketches with Jeff Bridges for this weekend's SNL. The after-party was in full swing with the Coen brothers holding court in the banquettes at the Four Seasons. [Via]