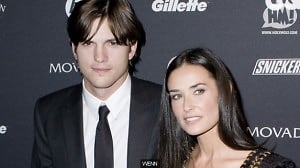 From the GQ Gentleman's Ball, to Matt Damon's first public appearance since the birth of his newest daughter, to Jared Kushner's love of Monday Night Football, to Ethan Hawke and Michael Bloomberg trying out The Boom Boom Room, last night in New York was all about the guys.-

Other Details: For some bizarre reason, Ashton seems to have adopted a hairstyle that can best be described as Chris Klein circa 1999. David Arquette made a speech in which he fake cried about his personal life and made jokes about his Howard Stern calls. 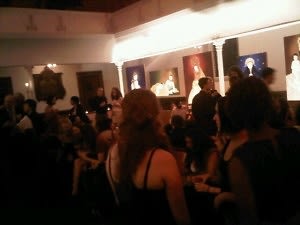 Other Details: Nothing like a little church drinking on a Wednesday afternoon! Madonna & Child is just the latest art show at the Christopher Street Church, which has opened its door to art, events, and yes, booze. 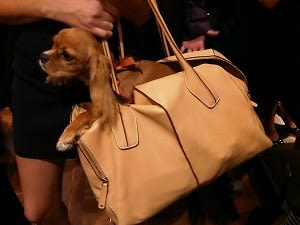 Other Details: Lauren Remington Platt toted her adorable puppy around in her Tod's purse. If only Stanley could fit in one... [via] 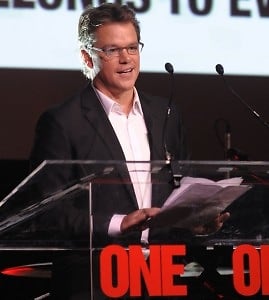 Other Details: The gala event presented information on the charity's latest initiative in Haiti and honored Patricia Arquette for her work there after the earthquake. Matisyahu performed with a group of children, Collective Soul did a number, and nine year old piano phenom Ethan Bortnick pretty much blew everyone away. Also, this was the first time Matt Damon has made a public appearance since the birth of his daughter Stella last week.

Who Was There: Ivanka Trump, Wendi Murdoch, Jared Kushner

Other Details: Ivanka told us that she couldn't interest her husband in watching their Gossip Girl cameo on Monday.

Other Details: Ethan Hawke held court in a corner booth; lots of food, and obviously, lots of boys.