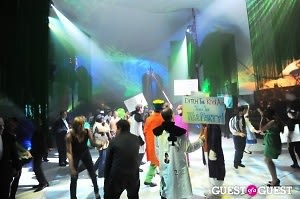 You'll forgive us the late start this morning, I'm sure, when you see the sheer amount of parties going on in New York last night. We are, collectively, exhausted. Every sector of New York's cultural makeup seemed to have something to celebrate last night: the art world, the tech world, the fashion world, the socialite world, the theater world. Here's what happened at last night's parties...- 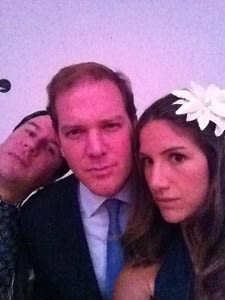 Other Details: Chuck Close was the belle of the ball, and definitely the person everyone wanted to talk to. Guests upstairs dined on delicious filet mignon and hamachi, which may have been why the dinner lasted well past 10:30. Downstairs,  people kept entertained with the wall of motion (kind of like your iTunes Visualizer come to life, except it moves when you do.)  Quest Love was the DJ. FULL WRITE-UP HERE.

[Above: an awesome Family Self-Portrait of the Mortimer Family. via]

Who Was There: Julia Stiles

Other Details: Party planners kept in theme for this one, with POM cocktails and pomegranate trees decorating the space. Julia arrived in a floor length red dress, and with an enthusiastic "Hello!!" made a beeline to a friend at the bar, where she stayed for a good length of time, stopping occasionally to greet donors and fans who approached her. She also has the world's most amazing highlights, for those who were curious. 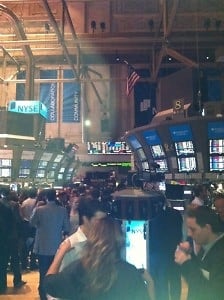 Who Was There: Most of the people who made this year's list, which, you'll have noticed, is not small! Every tech editor, start-up founder, and tech groupie was in attendance as well.

Other Details: Who knew that the advent of technology and social media would usher in a new demographic more self-congratulatory than actors? And I say this with love! The party was pretty cool though, especially because it took place on the floor of the New York Stock Exchange, where everyone could subtly ponder whether internet founders and techies are the power brokers of the new decade...

Who Was There: Captain Sully, Danny Meyer, Gillian Miniter

Other Details: The costumes at this party were off the hook. Our favorites? Packets of Twinnings Tea: hooray for political mockery! Also, the inside of the party looked weirdly like the set of Wicked. FULL WRITE-UP HERE. 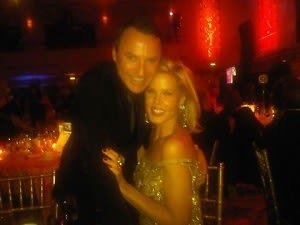 Other Details: The party was in honor of Naeem Khan. Padma and Mary Alice Stephenson sat at the same table. Of course most people wore Naeem Khan gowns! 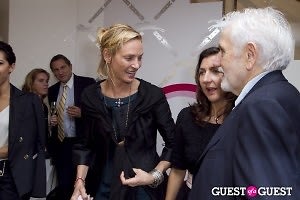 Other Details: The party was on two stories, though the bar upstairs was far superior to the one downstairs. Event was DJ'd by Grandlife NYC.  Honestly, this party may have been a bit of a victim of the sheer amount of other parties that took place last night. FULL WRITE UP HERE. 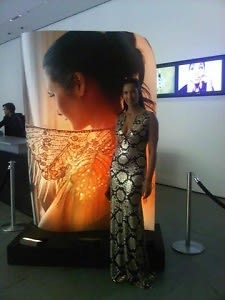 Other Details: The event also served as the ELLEments of Style book launch, which features 25 of the most stylish women alive from Lea Michele to Candace Bushnell. Padma took the honor to heart in a Naeem Khan gown though she didn't stay long. Most of the celebs breezed through quickly though many of the guests stuck around to watch Estelle sing a few songs, including American Boy. FULL WRITE UP HERE. 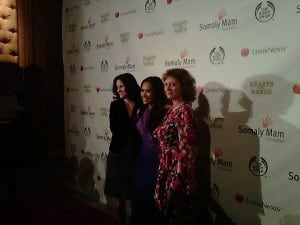 Other Details: Host Susan Sarandon spoke movingly at the gala about the Foundation's mission.