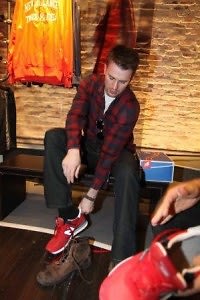 GofG celebrated the coming launch of our global site; the cities most powerful women met for lunch at La Grenouille; the cool kids checked out Hotel Americano; Molly Sims, Chris Evans and more checked out the new New Balance store. Last night's parties told all the other kids with the pumped up kicks, you better run.

Other Details: Captain America, Chris Evans, and other celebs head to the new New Balance Experience store last night to celebrate the opening. Not only were attendees the first to see the space, but they were also given a pair of shoes with "I Love New York" written on the back.

Guest of a Guest Global Launch Party [Be sure to take a look at the picture› Edit — WordPresss HERE and HERE!] 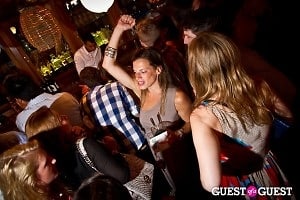 Where: Cabanas at the Maritime Hotel

Other Details: Friends and media types came out last night to the Maritime Hotel to help GofG celebrate the launch of our global site. It's coming soon, so get ready!!!  Guests dined on tacos, oysters, a ceviche bar, and root beer floats along with the usual liquor as they enjoyed the rooftop space. Best party of the night! Be sure to take a look at the pictures HERE and HERE! 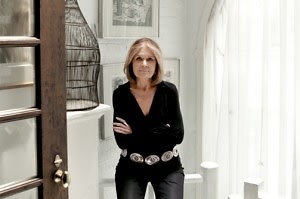 Other Details: NYC's power women met for lunch at la Grenouille to support the new HBO documentary on feminist icon Gloria Steinem. [Via]

Where: La Piscine at the Hotel Americano

Other Details: The hip set got a first look at the new Mexican themed Hotel Americano in Chelsea. There's a bar in the basement, along with a private party space, a rooftop bar and pool, and a smoking hallway.  @ATCodinha Tweeted: "I just had to sign a waiver at the hotel americano saying I knew they were under construction in case...?"