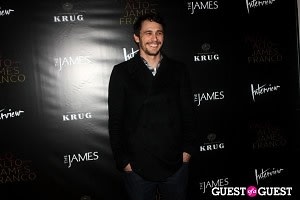 Where: The James Hotel (Naturally)

Other Details: James Franco wrote a book, but, more interestingly, James Franco is kind of jerky! The newly published author was not happy to see Gawker's Maureen O'Conner there (probably because Gawker accused him of being a gay rapist?)  Our own intrepid reporter was at the party, and tried to (subtly, politely, unobtrusively!) take his picture with a camera phone. James reached out, and in bizarre slow-motion grabbed the phone and threw it on the floor, smirking. (Editor's Note: The reporter described it as slow-motion. We sort of imagine that whenever James Franco is acknowledging your existence, it probably seems like slow motion.) (Second Editor's Note: It's unclear whether he was smirking at having thrown down the phone, as "smirking" seems to be his default facial expression.) James walked away, and his beleaguered manager/handler immediately reached down and returned the phone. Listen James, we understand it must get annoying to be a handsome famous celebrity that everyone wants a picture of. But you are a rich movie star/soap actor/author/poet/artist, and therefore probably can't appreciate that phones are expensive to use plebeians and you shouldn't throw them on the ground at your book launch. And though you're famously worried about scathing reporters, take note: taking their phones does not, in fact, generate positive press! 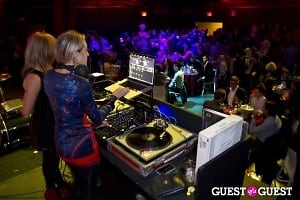 Other Details: Peewee Herman totally name dropped us in his monologue! We don't know what he said because it was ridiculously loud in there, but still. Just as we predicted, Kenmare won Best Restaurant with a Nightlife Scene, Charlotte Ronson won best designer with a nightlife influence, Hanuk won best photographer, and Becka Diamond was voted new face of nightlife. Caitlin Moe and Mia Moretti performed (guess it would have been sort of awkward to do their scheduled performance if they hadn't won?) and brought the house down with their "Alejandro". 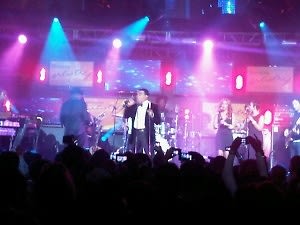 Other Details: Erykah Badu, The Roots, Daniel Merriweather and Mary J Blige all performed at this off the hook party. The (raspberry flavored) Hennessy was flowing like water, and the crowd was going crazy for the insane line-up.

Other Details: Not that the rest of the party wasn't good, but what really seems to have caught people's attention last night was the food. 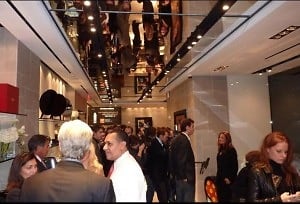 Other Details: What's the logical progression from jewelry designing? Yacht and Ski Chalet designing! This high luxury store is opening just in time for the Holidays

Other Details: The party was in honor of Roxanne Lowit's exhibition of backstage Dior photos. Tons of avant-garde fashionistas made it out, despite the rain, to check out the photographs

Other Details: Bridget Foley was on hand to sign copies of her new book, which commemorates 100 years of WWD. 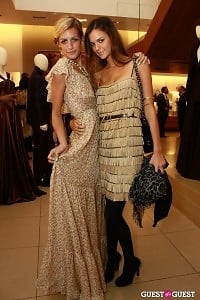 Other details: All proceeds from the event went to New Yorkers For Children.