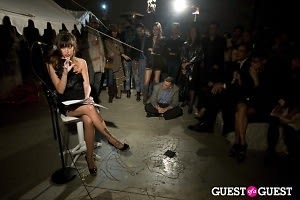 Hmmm...do you think it's pure coincidence that Waris Ahluwalia, who arguably threw the biggest party of the night, planned his little soiree on the same night of his ex-girlfriend's movie screening? If we wanted to, we could maybe read into the fact that it was a reading of Madame Bovary, of all things...-

And did you know that Lady Gaga's mom is very pretty and has an active social life? And do you have any idea what's eating Jake Gyllenhaal these days? These questions and more, in today's party roundup.... 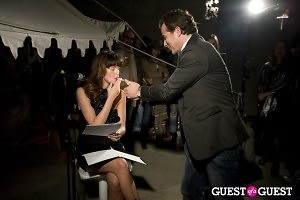 Where: House Of Waris

Other Details: Paz De La Huerta read aloud from a newly translated version of Madame Bovary. (How sexy is the picture at left, by the way?) See Full Post Here

Who Was There: Bette Midler, Jake Gyllenhaal, Fernanda Niven

Other Details: Jake...is there something you need to tell us? It's one thing to not want your photograph taken when you sneak into the ballet with a hot brunette, but it's another to avoid the cameras at a charity dinner you yourself are hosting! The elusive Mr.G hid in the back of ONE group photo, and unsmilingly posed for two more. What gives? Baby bump?

Museum Of The City Of New York's "New York After Dark"

Where: The Pool Room at The Four Seasons

Other Details: We hope the writers of Gossip Girl attend all these events for story ideas and research purposes, as last night's party was a true Upper East Side affair--down to The Four Seasons 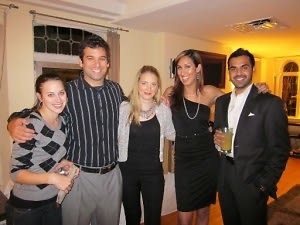 Other Details: Arriving guests were immediately armed with tequila and sent shopping (smart tactic!). Tables were set up throughout the Penthouse with clothes, accessories, and insane (insane) make-up deals.

Other Details: Chiara's film is actually a series of documentaries about seven New Yorkers. Check out our interview with Chiara here.

Other Details: The party was in celebration of socialite Jamee Gregory's new book, which goes inside the apartment of some of the city's most notable hosts. 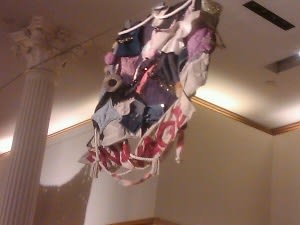 Other Details: A collaboration between Louis Vuitton and Parsons, for which students had to design travel blankets (left).  Did one of those names on the guest list sound vaguely familiar? LADY GAGA'S MOM.