Roberta Flack was honored by the NYC Dance Alliance Foundation with an evening of performances; Beyonce and more came out to support Kanye West and Jay-Z as they previewed their new album; M. Night Shyamalan raised money for good. Last night's parties were feeling generous! 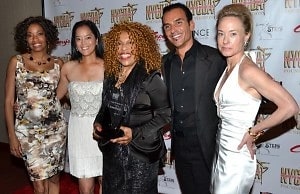 Other Details: The NYC Dance Alliance Foundation honored the legendary Roberta Flack with the NYCDAF's First Ambassador for the Arts Award last night during an evening filled with song and dance. In addition to food, performances, and cocktails, some  $50,000 plus in college scholarships was handed out.  [Via] 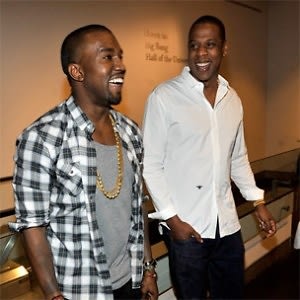 Other Details: Jay-Z and Kanye West, who were reportedly "barely speaking to each other as they iron out the details of their upcoming tour," are apparently speaking as both turned up for a listening party for their new, highly anticipated album on Sunday.  Guests were led into the planetarium where they laid down, looked at the stars, and listened. [Via]

Make Your Mark on the World Partnership Launch  [Take a look at more pictures HERE!]

Other Details: Philanthropists gathered to support the Make Your Mark on the World Partnership this weekend.   A live and silent art auction was conducted which raised over $5,000! Although M. Night Shyamalan was there, nothing spooky happened. Be sure to take a look at more pictures HERE!