This weekend was good for parties of all types. Jill Zarin auctioned off art for GLAAD, Elling made its Broadway debut, fashionsistas clamored to the "Balenciaga: Spanish Master" exhibit, and Snooki promoted smush smushing safely. 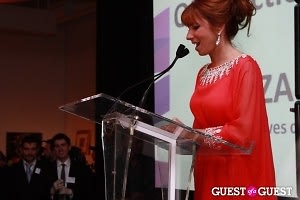 Other Details: Plenty of Housewives came out for the the 9th annual silent art auction celebrating established and emerging artists.  RHONY Bethenny Frankel was noticeably absent, as was Sonja Morgan who recently announced bankruptcy. David LaChapelle accepted this years Out in Art Award.

-Opening Night for the Broadway Premiere of ELLING 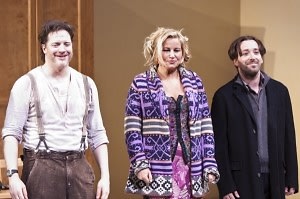 Other Details: Brendan Fraser is still working! I'm sorry to the legions of fans of Bedazzled and Monkeybone, but I find this surprising. He stars in this play about a pair of socially impaired men who learn to live on their own after two years in a mental institution. The critics say it's good. There are no mummies involved. [Via]

Other Details: Happy Hearts Fund rebuilds happy, self -sustaining schools after natural disasters.  John Forte and Jennifer Hudson both gave performances for this amazing cause. [Via] 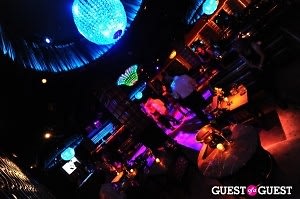 Other Details:Members of Manhattan's upper crust came out to celebrate the anniversary with cocktails and plenty of air kissing, dahlings. 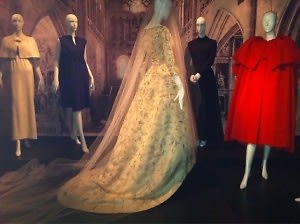 Other Details: Conceived by designer Oscar de la Renta and curated by Vogue's European Editor-at-Large Hamish Bowles, the exhibit displays over seventy items from the Cristobal Balenciaga. This includes the "Infanta" gown from his 1939 collection, a silk-gazar dress from 1967 and the 1957 wedding dress worn by Sonsoles Díez de Rivera. 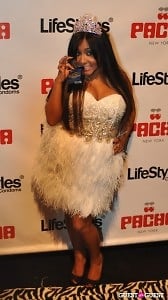 Other Details: The cast of Jersey came out to celebrate Snooki on her big day. The event was sponsored by Lifestyle condoms  who gave out free samples making it a safe (and classy, I'm sure) affair. Sean Kingston sang "Happy Birthday," to the tiny tan one.  [Via]