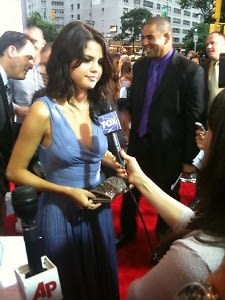 Other Details: Having narrowly escaped the crushing hormones of tweens at Macy's along with a perceived attack by an undercover policeman in which he threw punches, Justin Beiber came to his girlfriend Selena Gomez's movie premiere. Over the roaring sound of female screams, he told her congrats and as she watched his mouth move, she thought, "He is so dreamy. This is what loves feels like. I will die for him." And if his fans have their way, she will.  (Insert "Never Say Never," playing over spooky undertones] [Via] 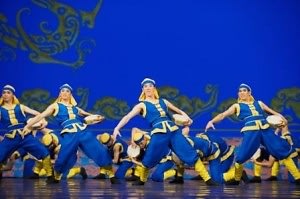 Other Details: Shen Yun sold out their performance at Lincoln Center last January, returning last night to yet another packed house of socialites and dance lovers. After the performance, special guests head to a reception on the Promenade inside the David H. Koch Theatre. 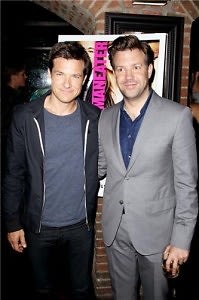 Where: Sunshine Landmark, Vault at Plaff's

Other Details: For Nick (Jason Bateman!!!!!!!!), Kurt (Jason Sudeikis.....) and Dale (Charlie Day!!!!!!!!!!!), the only thing that would make the daily grind more tolerable would be to grind their intolerable bosses into dust. Sounds like a movie most people can relate to.  After the flick, guests head to the Vault at Plaff's to tip back drinks and presumably talked about their favorite episodes of Arrested Development and It's Always Sunny In Philadelphia. 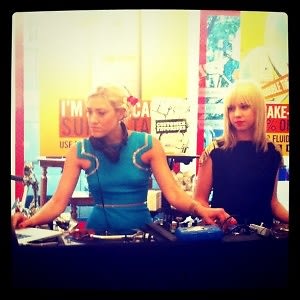 Other Details: Kiehl's showed its gay pride with an event at their store with It Gets Better founders and Webby Award dominators Dan Savage and Terry Miller. Mia Moretti and Cailtin Moe played and there was apparently food. @kenneth212 Tweeted: "Mac and cheese is to die for!" [Via]

The Duke of Edinburgh International Award and Young American Challenge

Other Details: The gala dinner presented the Duke of Edinburgh’s International Award and Young Americans’ Challenge. The Award encourages fitness, mental challenge, individual perseverance, teamwork and interactions with others.

Other Details: Liam Gallagher's fashion label Pretty Green threw a private party at private club, Norwood, last night after the former Oasis member's new band, Beady Eye, played a sold out show. It was the band's US debut and from the looks of it, Liam really doesn't need his brother Noel.  If you have a moment, download "Roller." 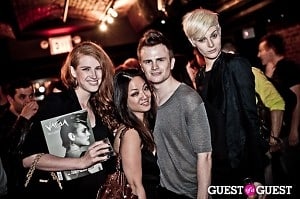 Where: The Chelsea Hotel

Other Details: Last night, the Chelsea Hotel hosted an exclusive party for Vaga Magazine's second issue, which features model Daria Pleggenkuhle on its cover. Vaga is a fashion and art magazine made right here in the city; it comes out twice a year. Guests quenched their thirst with specialty summer cocktails, enjoyed 90's inspired music provided by Sean B, and perused copies of the new issue with magazine founders Walker Brockington and Fernando Lahoz. Be sure to check out photos HERE! 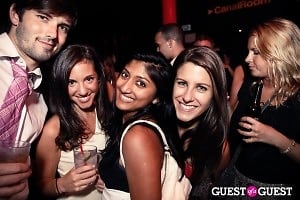 Other Details: The Amy Biehl Foundation threw a retro bash last night to raise funds to aid efforts to ease the effects of apartheid in South Africa.  Not only did partygoers dance to raise funds, but they celebrated the work and life of the foundations namesake Amy Biehl, a Stanford grad and anti-apartheid activist murdered in the final days of apartheid.  80's tribute band Rubix Kube jammed out at Canal Room as the enthusiastic party animals combed through the crowd to get their chance to dance on stage with the band. Be sure to take a look at pics HERE.

Other Details: Guests came out for a night of shopping, cocktails, and hors d’oeuvres to benefit The Ali Forney Center for LGBT Youth.  DJ Sammy of the Scissor Sisters spun and Nikki Jean did a special performance. 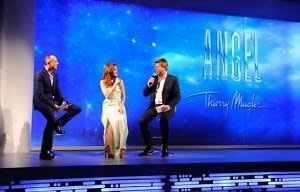 Other Details: Eva Mendes came out to launch her campaign as the face of Angel, the first perfume by Thierry Mugler.  It's described as smelling like the "the emotion of tender childhood memories together with a sense of dreamlike infinity." Just what you have always wished to smell like, right?   I have this stuff and while my olfactory senses aren't attuned enough to pick up the scent of "infinity" it's flowery and pretty. [Via]