Harry Winston launched their new collection with a shmancy dinner; socialites toasted summer with Dom Perignon; The Edeyo Foundation raised money for Haiti; Hotel Chantelle raised the roof with Blackbook; upscale/reality TV tattoo parlor Wooster Street Social Club opened its doors and more! Last night's parties do not regret the giant unicorn they woke up with on the chest! 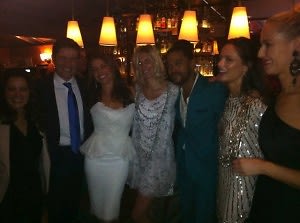 Other Details: Sofia Vegra and others head to St. Ambroeus last night for a swanky dinner in honor of Harry Winston's latest, the Midnight Timepiece Collection. [Via] 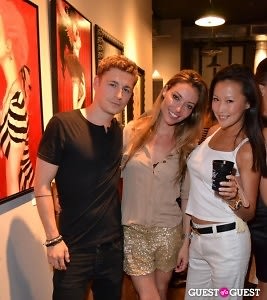 Other Details: The new tattoo shop, Wooster Street Social Club, held its grand opening party last night pulling out fashion designer Yigal Azrouel, and 90210's Shenae Grimes amongst other ink enthusiasts. Some of the best artists in the city have been brought in to run the 4,600-square-foot store, which serves as the focal point of the upcoming TLC reality show NY Ink.  Get that dragon tat you've always wanted and your fifteen minutes of fame, simultaneously. be sure to check out details of who got inked HERE and look at more pics HERE.

Where: Penthouse at the Metal Shutter House

Other Details: Dom Perignon held last night's event at Shigeru Ban's Metal Shutter Houses, which sound far more slasher movie than they are. No one was killed or harmed in the tipping back and toasting of champagne. 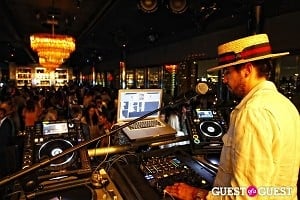 Other Details: Last night, The Edeyo Foundation celebrated their 4th annual fundraiser to benefit education relief for Edeyo's Joyous Heart School in Haiti. Sponsored by BING, the event was hosted by supermodel Rachel Hunter and was also celebrated Edeyo president and founder, Unik Ernest's 40th birthday. DJ Cassidy provided the tunes that rocked the beautiful and recently opened Dream Downtown. Guests enjoyed tasty cocktails and hors d'oeuvres while participating in the live and silent auction. Be sure to take a look at pics HERE. 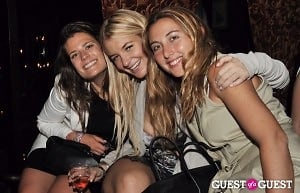 Other Details: The Charles Maddock Foundation was founded after its namesake was hit by a taxi and underwent surgery for traumatic brain injury. The experience left him wanting to do something to raise awareness and support for medical research in this area.  Since its inception in 2006, the foundation has raised $350,000 and funded three medical research studies and created an online support network for brain injury victims. The benefit took place at Avenue and with music by Jesse Marco, guests enjoyed open bar and partied down for the night.  Be sure to take a look at pics HERE.

6th Annual "Evening In The Garden"

Other Details: The Greensward Circle held its 6th annual Evening in the Garden, bringing out stuffy types to sip drinks amongst the blooms and keep their fingers crossed the rain that fell early yesterday evening would hold off. Magnolia was on hand with sweet treats for guests.

Other Details: The rooftop of the Hotel Chantelle in the LES opened its rooftop with the help of Blackbook. Despite the crummy weather, the place was packed with the crowd clogging the bar to get to the free Heineken as DJ Johnny Lennon, DJ Steve Lewis and DJ Theory played.