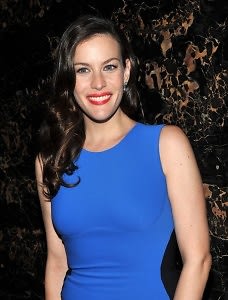 Liv Tyler went to PH-D at the new Dream Downtown; Florence Welch enjoyed a private dinner by Chef Sam Talbot; Jessica Stam hung out at The Lot for Off Duty; Christian Siriano helped out theater kids;  Matchbox 20 performed for Mercedes Benz and more. Last night's parties' clock on the wall has been stuck at 3am for days!

Other Details: The Ledge is being called Brokeback Mountain for Atheists and stars Patrick Wilson as a Christian fundamentalist who discovers his wife, played by Liv Tyler, is having an affair with a non-believer. Told in thriller form, it is actually much better than it sounds. After the screening, guests head over to the new Penthouse at The Dream Hotel where they enjoyed the Grey Goose cocktails and the view. Liv looked genuinely excited that her friends came (as if they would miss it) and mingled the room giving soft spoken thank yous to those who attended. A ridiculously sexy Rupert Friend hung out with some bro pals drinking at a banquette and super-religious Steven Baldwin managed to make it to the party, meaning he did not implode upon watching what could be deemed an atheist propaganda flick. [Via]

Where: The Penthouse At Mondrian SoHo, Mister H

Other Details: The hip set and Kellan Lutz (who I finally Googled after seeing him at a bunch of events and somehow, after doing so, have managed to care even less than my original complete lack of any interest-someone please explain his appeal to me!) came out to celebrate Florence Welch's  Nylon cover and listen to the music of DJ Josh Madden.  Be sure to take a look at more pics HERE!

2011 Summer With Off Duty Party [Take a look at photos HERE!]

Where: The Lot at The High Line

Other Details: The editors of the Wall Street Journal's Off Duty section got together for a celebration at The Lot, the new beer garden under the High Line. Paul Sevigny played DJ as guests tried out the brews.  Apparently the food was fantastic. @definitLeeJenniTweeted:  "Lobster roll by red hook lobster pound at the @WSJ off duty party @highlinenyc #yum ' Be sure to take a look at more photos HERE.

THE GALA OPENING OF THE NEW MERCEDES-BENZ MANHATTAN [Take a look at photos HERE!] 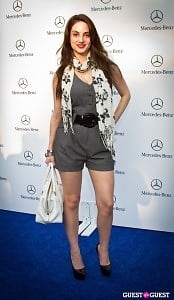 Other Details: Mercedes-Benz opened its new 330,000 square foot state-of-the-art flagship dealership in Manhattan with a cocktail event that included a champagne tailgate in the park that faces the dealership. Matchbox 20 took to the stage as the surprise musical guest. Be sure to take a look at more photos HERE.  [Via]

Other Details: Generation Harvest's 10th annual Summer in the City restaurant tasting and cocktail party allowed guests to sample some of the city’s newest culinary stars. 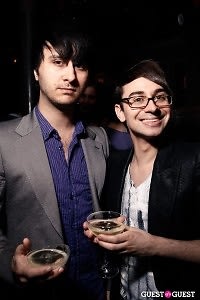 Where: The Vault At Plaff's

Other Details:Christian Siriano, Leslie Ziff, and  Nyasha Zimucha hosted last night's event for Rosie's Theater Kids.  Guests enjoyed food and drink while raising money for the organization which gives support to over 1800 disadvantaged kids in NYC each year. Be sure to take a look at more photos HERE.

A Birthday Celebration for JESSICA WHITE 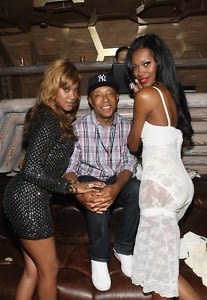 Other Details: Jessica White threw a star-studded birthday party on the West side! [Via]