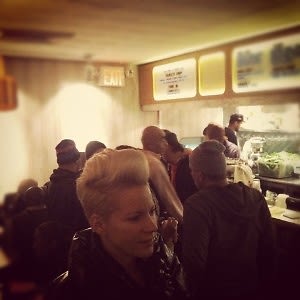 Over the weekend, model/musician Karen Elson celebrated her 33rd birthday at Miss Lily's, which had it's grand opening on Saturday with lots of juice and reggae, "What The Puck?!" had it's second tournament at the Standard, Kelly Bensimon served as judge at the Miss New York pageant, the Guest of a Guest crew made our Bravo debut on Chef Roble & Co., and so much more.  Last night's parties were all about #presbyterians.