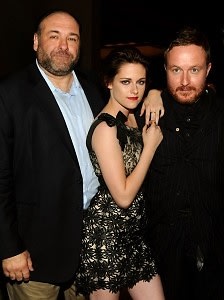 Welcome To The Rileys Premiere And After party 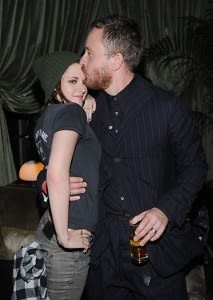 Other Details: Why did Kristen Stewart like, change into camping gear for the after party? No one knows! Adam Duritz of the Counting Crows loved, I mean loved the movie, tweeting about it effusively afterward. Olivia Palermo looked incredible even for Olivia Palermo, in a leather mini dress. Cassie Coane and Harley Viera-Newton, fresh from their Paper Magazine award, DJ'd. 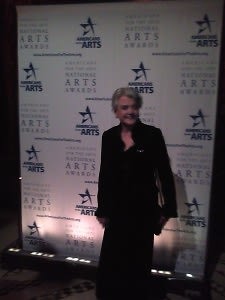 Other Details: The Mulleavy sisters keep getting honored at Cipriani 42nd Street! Over the weekend it was the National Design awards, and now a National Art Award. Also, we're thrilled that Angela Lansbury is getting her props this year! What other living actor has made such a mark on so many facets of 20th century pop culture? (Technicolor musicals in the 40s, Children's classics in the 60s, TV in the 80s, Disney in the 90s, Broadway in the 00s..) 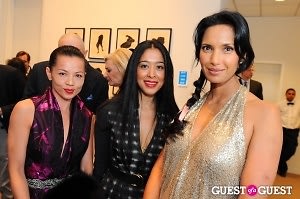 Who Was There: The Novogratzes of everybody's my favorite Bravo show, 9 By Design, Padma Lakshmi, a very pregnant Gretchen Mol.

Other Details: The Novogratzes were betting on some large scale pieces (for a house project? That we'll see on Season 2???!). The event was sponsored by Chanel. A Will Cotton piece went for $40,000 (presumably not purchased by the Novogratzes...) 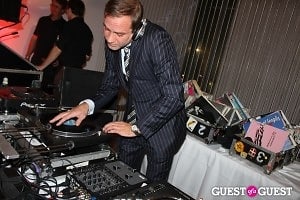 Where: Museum of Art And Design

Other Details:  Paul Sevigny DJ'd the annual benefit, and designers were asked to design something using metal. Model and co-chair Hannelore Knuts, for instance, made a video for the evening. 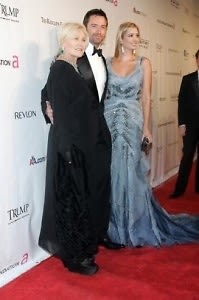 Other Details: Dapper Anderson Cooper was host for the evening (a lunch date with Cooper was auctioned off for $60K--more than the Will Cotton piece went for at Take Home A Nude) Elton graciously posed with fans and donors, then sat for dinner at a table with Donna Karan. Later, he performed.