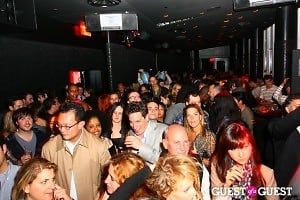 The Plaza seems to have recovered from this weekend in time for a black tie benefit, Le Bain proved it's not just a fair-weathered friend, and the cameras are out for Real Housewives of New York. Here's what happened in the city last night....-- 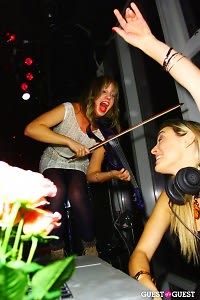 Other Details: Tinsley was there for about ten minutes, with her boyfriend Brian Mazza, who, by the way, always wears puffy vest, we've noticed. 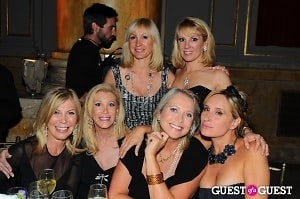 Who Was There: Sonja Morgan, Ramona Singer, Mario Singer

Other Details: Ramona made a speech after being honored as the celebrity entrepreneur of the year. (Cameras were, of course, on hand to capture the whole thing, so look for it this season on Real Housewives!) 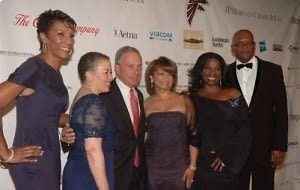 Other Details: The evening raised $2.5 million dollars for Spelman College, and hopefully restored some sense of dignity to the beleaguered hotel...

Who Was There: Sara Ramirez, Carson Kressley, Audra McDonald

Other Details: Broadway geeks got together for a good cause (the Al D. Rodriguez Liver Foundation), and got to watch a runway show with their favorite Broadway stars, and even listen to a few of them belt out a few numbers. (Among the performers were Sara Ramirez and Audra McDonald, both of whom have defected Broadway to work on TV...)