Not the busiest weekend in New York (were most people upstate apple picking? Breaking out their flannels for Fall?), but there were still some events of note over the past few days. Here's what you missed in NYC this weekend... 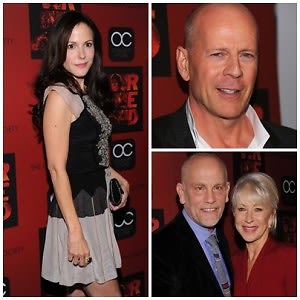 Other Details: Watch out, The Social Network; the reviews of Red are pretty good. Cinema Society hosted a screening with the cast last night at MoMA, followed by an after party at The Lambs Club. Chef Geoffrey Zakarian was there to oversee the proceedings and pose for pictures with fans, including IMG Fashion VP Fern Mallis. Bruce walked the red carpet and posed for pictures with his beautiful young wife, Emma Hemming, though Mary Louise Parker seems to have come solo... 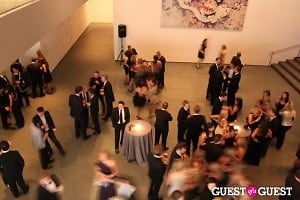 Who Was There: MoMA Young Patrons, philanthropists, supporters of the Catholic Big Sisters & Big Brothers program.

Other Details: The event included open bar, hors'oeuvres, and a silent auction. Afterwards, guests headed to Marquee for the after party.

Jon Stewart's Night Of Too Many Stars: An Overbooked Concert For Autism Education 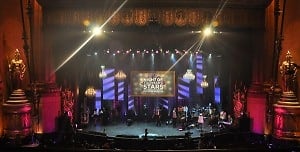 Where: The Beacon Theater, after party at American Museum Of Natural History

Other Details: Silverman and Stewart made some enemies by defending the word "retard", which offended some special needs families. Still, the night was mostly a comedic success (including a random performance by the "Chocolate Rain" kid?). The after party was held in the Whale Room of the Museum of Natural History. 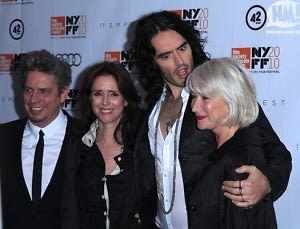 Who Was There: Ben Winshaw, Helen Mirren, Julie Taymor, and Russell Brand, whom we had no idea was in this movie.

Other Details: So, admittedly I'm not a  huge Russell Brand fans, but he was beyond obnoxious at this, stealing a photographers camera and pretending it was his penis. At least as a result is this hilarious picture where everyone seems to hate him. [via]