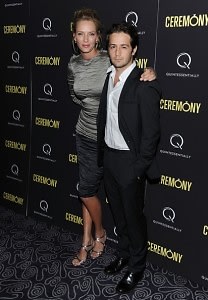 Where: Angelika and Don Hills

Other Details: The celebs turned out last night for Max Winkler's, Henry's son, new flick starring the one and only Uma Thurman. After the screening they head over to Don Hill's where they were joined by Lindsay Lohan, hot on her Sobriety Torpedo of Lies pub crawl of New York drinking-pretending to not be drinking establishments. Former GofGer Chiara Atik wrote on her Tumblr: "It’s not so weird that she’s accompanied by her sister, who is most definitely not 21. It’s not so weird that she is wearing a tight black dress with heels while most people are in low key leggings and boots. What’s weird is that Henry Winkler is also at Don Hill’s right now.The Fonz and Lilo. Lilo and The Fonz. Beautiful." Well said. [Via] 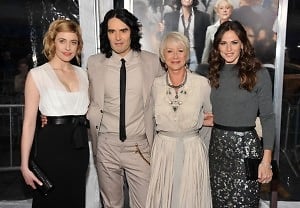 Other Details: Russell Brand's new movie "Arthur" with Helen Mirren, Jennifer Garner, and Greta Gerwig premiered last night at the legendary Ziegfeld Theater. The stars hit the carpet and then head to The Harvard Club to celebrate. Get more details HERE!

The Glenlivet Presents Dressed To Kilt 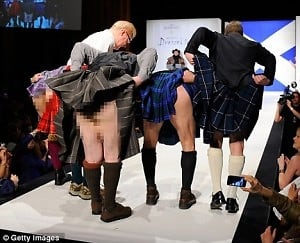 Other Details: Honorary chairman Sir Sean Connery was missing from last night's charity runway show, but Donald Trump took time out from riling the Birther Nation to replace the original Bond. And plenty of celebs were there to do their duty on the catwalk. The NYT notes that few genuine Scots were in attendance and "to top off the identity crisis, the evening’s theme was, mind-bogglingly, country-western." But does it really matter? Jason Patric, Jim Gaffigan, Brian Cox, Chris Noth and Kiefer Sutherland mooned the audience! [Via]

Other Details: Celine Danhier's documentary on the downtown independent cinema scene in the 1970s and 1980s premiered last night. Fab Five Freddy, who takes part in the films documentation, tells the Observer: "Back in those times, there was no cable, no DVD, VHS hadn't started. If you missed the few screenings—that was it. Her movie provides you glimpses of a lot." [Via] 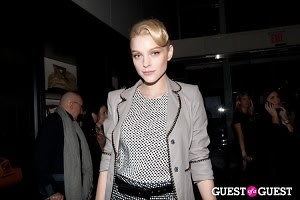 Other Details: The well heeled came out last night for the opening of Momenti di Emporio, a retrospective exhibition of Emporio Armani images throughout the years and originally published in Emporio Armani Magazine.The photographs inspired the new  Emporio Armani Remix capsule collection for women and men, which was also on view at Armani on 5th Avenue. Get more details HERE and check out pictures from the event HERE. 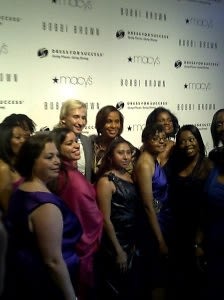 Other Details: Guests came out in their best beach attire for a silent auction and dinner. Bobbi Brown was in attendance and created a limited-edition cosmetics set for Macy’s for the non-profit. Plus, fifteen real Dress For Success women who were helped and achieved, lets just say it, success, through the organizations help were on hand with make up done by Brown and styling by designer David Meister. [Via]

HBO Special Screening of EARTH MADE OF GLASS 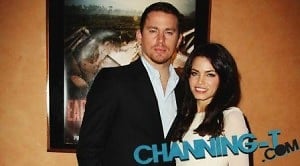 Other Details: Channing Tatum, as can be seen from his fan site pic (join now! Or don't!), hosted last night's screening of "Earth Made of Glass," a documentary about a genocide survivor haunted by his father's unsolved murder who scours the Rwandan countryside on a fifteen-year-search for clues.  Chiara thought the Fonz at Don Hill's was weird, but Channing Tatum hosting this beats it in WTF, hands down. Can we just take a look back at the parking lot dance scene from "Step Up"? Please ? Thank you. [Via] 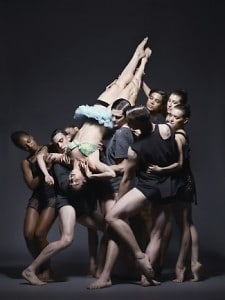 Other Details: It's finally Spring (whether or not the weather agrees) at the Joyce Theater which means that Stephen Petronio has returned with his dance company. Last night they opened Underland, set to music by Australian rocker Nick Cave. @TheLizBlack Tweeted: "The Stephen Petronio Company's performance of Underland at the Joyce theater was thrilling! So aggressive and intense!" After the performance guests head to Hotel Griffou to discuss the show over cocktails and offer congrats. [Via]