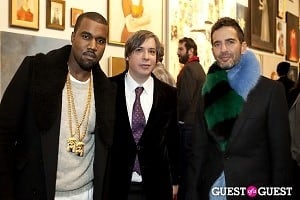 Other Details: Kanye West was in attendance to support the artist who made the cover work for My Beautiful Dark Twisted Fantasy. He spent most of the night oddly, hanging out with LeeLee Sobieski. Marc Jacobs and Lorenzo Martone attended together. They insist they are just friends and not rekindling their romance. The after-party took place at Balthazar. Take a look at pics HERE. More details on the evening are HERE.

CELERIE KEMBLE, BOYKIN CURRY and THE ATLANTIC host their 7th Annual State of the Union Dinner

Other Details: Boykin Curry and Celerie Kemble hosted their State of the Union Dinner, which has been an annual tradition since the Bush years. After dinner, James Fallows, the Atlantic’s National Correspondent (Mr. Fallows was once a speechwriter for President Jimmy Carter), lead a discussion in which everyone participated. For a reason I can not even begin to make any sort of logic-based guesses at, Julia Stiles and Chris Meloni (Detective Elliot Stabler!!!!) were in attendance. [Via]

Other Details: Casa de Campo is now classified as a “Leading Hotel of the World”meaning it's ultra fancy and super expensive. Rich people got together and drank and laughed over how much better their life is than yours. Or you know, something similar happened. 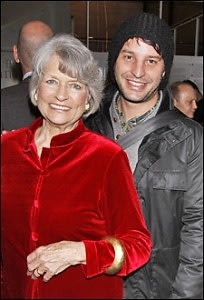 Where: New York Public Library for the Performing Arts

Other Details: The table and chair that legendary artist Al Hirschfeld sat in and used to sketch some of his most famous Broadway caricatures was installed in the lobby of The New York Public Library for the Performing Arts' Dorothy and Lewis B. Cullman Center. He referred to the chair as the  "last functional chair" because it could go up, down, swivel and recline." It began its life in a barber shop in the Chrysler Building and was given to Hirschfeld on his 90th birthday by friends to replace an older one. [Via] 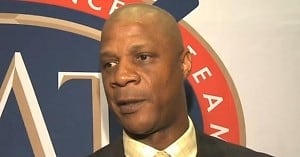 Other Details: Fourteen Hall of Famers including the newest member, Roberto Alomar, attended this winter baseball event "to aid those members of the baseball family most in need. B.A.T. strives to provide a means of support to people who are unable to help themselves. George Steinbrenner was honored at the event with Alomar saying, "He's one of the greatest owners that I saw. One thing with George, he always loved to win. He always gave the opportunity to a team to bring the best players to play for him. He demanded ballplayers to play hard every day, and for me as a professional, I respect that."