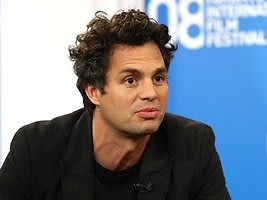 Suzanne Corso released her coming of age tale, Lo Bosworth signed her book which focuses on tips for dating/reasons why you should never date her (depending on how you look at it), Mark Ruffalo fought for the environment and more. Last night was packed with life lessons.

Fracking and Its Effects: A Panel Discussion

Other Details: You gotta love Mark Ruffalo. Not only is the guy a great actor, but he is politically involved. Just days after taking home the prize for Best Actor during the NY Film Critics Awards, he hosted a panel on fracking at Exit Art. His words to big oil: ""It pisses me off. It’s so lacking in any kind of decency or courage. They’re a bunch of slugs and they treat people like dirt. They are basically scumbags. It’s a damn Ponzi scheme.”" [Via] 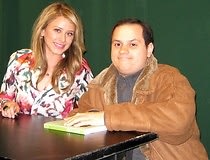 Who Was There: Lo Bosworth, dudes who really miss "The Hills"

Other Details: Lo Bosworth signed copies of her book The Lo Down, which centers on dating advice...because she has so many boyfriends on the show???? Maybe she knows her stuff or maybe the publisher couldn't get sexy moron Justin Bobby to sit down and actually focus on writing? Examiner explains the high-concept premise as "Lo liked guys for a hot minute before going onto the next guy when Lo saw the spark of her current guy fizzle, Lo wasn't into all the mushy stuff of relationships."  Profound. [Via]

Who Was There: Paul Giamatti, "Sideways," fans

Other Details: Paul Giamatti hit the Apple store in Soho for a discussion of his film, "Barney’s Version." Apparently working with Paul is, "like driving a Ferrari or playing a Stradivarius. " Wanna know who said that? Click HERE. [Via]