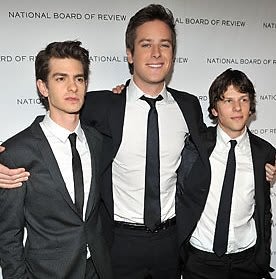 All the stars from this year's biggest movies came out to congratulate themselves for being talented and beautiful and wealthy, GQ's Jim Nelson got picky about wine, Anderson Cooper partied with Arianna Huffington, and Johnny Weir welcomed New York to his world! What other fabulous things happened last night?

The National Board of Review of Motion Pictures Awards Gala

Other Details: The who's who of the film industry came out last night for the East Coast's biggest award ceremony of the season. On the eve of yet another epic New York winter storm, Ben Affleck kept things upbeat. When asked what he liked to do when visiting New York, he answered: “I’m going to have a good time in the snow tonight.” He was joined by Blake Lively, his costar in "The Town," who was dressed in purple as well as his wife, Jennifer Garner decked in a fuchsia dress. Wonder if they coordinated? As for the winners, "The Social Network" cleaned up big taking home the prize for Best Film, Best Director, Best Screenplay, and Best Actor. [Via]

Other Details: Mary Alice Stephenson hosted the event and spoke with us about how she chose to style Michelle Obama for the September issue of Harper's Bazaar. We've got more on that HERE. Glenda Baily, EIC of the mag, gave us her analysis of the print pubs sustainability in the digital age HERE.

Who Was There: Jim Nelson, Jonathan Benno

Other Details: Despite naming Lincoln the best restaurant of the year, GQ Editor in Chief Jim Nelson isn't always happy with everything they serve him. Unhappy with a glass of Primitivo wine, he had his assistant Eric Sullivan fetch something more suitable. [Via] 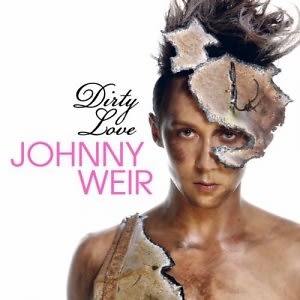 Other Details: Johnny Weir hit 230 5th after visiting the Empire State Building, signing copies of his new book "Welcome to My World," at Borders and changing his outfit. You can never have too many outfit changes. Did you guys hear he is gay? Crazy. A bunch of ice skaters were in attendance, as well as the guy who plays Dr. George Huang on Law & Order, and public access cables favorite soft-core porn show hostess Robin Byrd. Obviously this was best party of the night. Of his success he said, “It’s so surreal. I have a song that I can skate to, I have a book that I can read, I have a television program that I can watch. It’s really, really crazy.” [Via] Here he is enjoying the city while promoting himself. 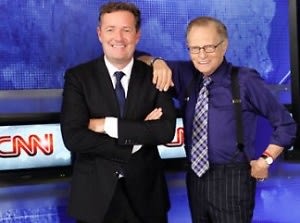 Where: The Home of Tina Brown and Sir Harold Evans

Other Details: Tina Brown and Ken Jautz feted the newest addition to the CNN line-up. Piers Morgan is set to take Larry Kings spot and save the network from itself. It's supposed to act as a lifeline for CNN but so was Parker Spitzer so we'll just have to see how things play out. Silver Fox Anderson Cooper was on hand. No word yet on whether or not Andy Cohen prank called him during the party. [Via]

Other Details: Mcdonalds and Complex teamed up to throw a DJ battle to see who has the coolest flavor. Flavor/flavor-get it? Ha, ha, ha, totally makes me want a Big Mac. Like, stat. Fabolous acted as a judge with the winner receiving $10,000. Salt n' Peppa's Spinderella was on hand to cut it up one time for the ladies, all the ladies, who were louder now and then helped her out. O_M_G_Girl Tweeted: "Mc Dee's Flavor battle was crazy ! Fabulous is very that,so layed back gotta luv him."