Anna Wintour previewed Lanvin, Paul Giamatti premiered his new film, and Kevin Spacey was given a fancy Lifetime Achievement statue while the stars of "The Social Network," and this year's other big movies gave acceptance speeches at the NY Film Critics Awards. Since no one status updated, we've compiled the best of last night's parties!

Where: The Players Club

Other Details: In 1888, Edwin Booth, America's pre-eminent Shakespearean actor, and 15 other incorporators, including Mark Twain and General Tecumseh Sherman, founded The Players.  The group bestowed the award on Spacey for his work as Artistic Director of the Old Vic theater and his career as an actor. Dennis Leary presented the award to him, and Stephen Baldwin, who worked with Spacey on "The Usual Suspects," was in the crowd for support. [Via] 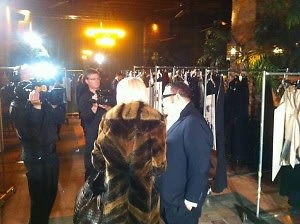 Other Details: Anna Wintour showed up in a brown fur stole and sat next to Grace Coddington amongst the other fashion editors to judge Lanvin's winter looks. As a Tweeter noted, Simon Doonan summed it up perfectly when he said "Alber's clothes are like crack for women." Agreed. [Via] 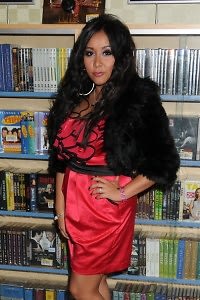 Who Was There: Snooki, men and women with tans, Jersey Shore fans

Other Details: Snooki continues to promote her book "A Shore Thing." Pre-signing she taped on Letterman to list the Top Ten Reasons you should buy the book including, "200 pages of hangover cures." It scored a whopping "5 Wows" on J-Wow's scale. We have some excerpts, HERE. Though it is unconfirmed, she may have woken up in a trash can this morning.  [Via] 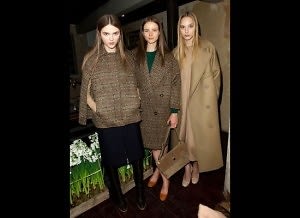 Other Details: It was a busy night for the fashion glitterati. Striped knits, boxy jackets, and jewel tones dominate the line and will make you wish it were fall. At least we have something to look forward to. [Via] 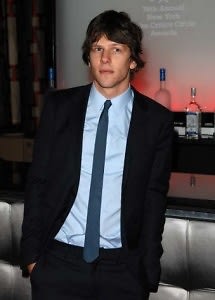 Other Details: The big winner of the night was "The Kids Are All Right," with Annette Bening taking Best Actress, Mark Ruffalo wining Best Supporting Actor, and the screenplay taking top honors. "The Social Network," took best film, with Aaron Sorkin, Jesse Eisenberg, and the producers in attendance. Armie Hammer, who plays both Winklevoss twins, was also there, looking as hot as he does in the flick. It's too bad there is really only on of him.  [Via] 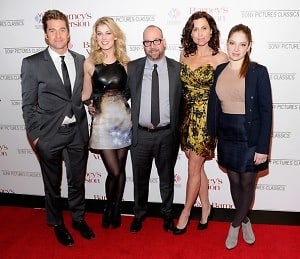 Other Details: In a film based on  Mordecai Richler's prize-winning comic novel, Barney, the always fabulous character actor Paul Giamatti falls in love at his wedding with a woman who is not his bride! While this would usually lead to a romcom full of hi-jinks, the casting makes them more than the standard bubble gum fare. We're hoping it paves the way for Scott Speedman, last loved in Felicity, to make a comeback. [Via] 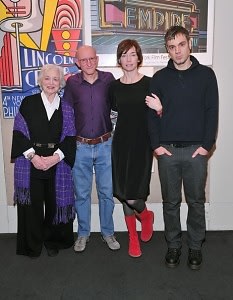 Other Details:  We can't help but think that Jamie Harrold is thinking, "Why is Julianne Nicholson wearing those effing, dumb red boots?" in this photo, but we can't be sure. The film centers around one couple falling in and out of love. After the screening the cast answered questions about the movie which was first released in 2006.    [Via]