Screening of Fair Game, hosted by Giorgio Armani and The Cinema Society

Where: MoMA, after party at Giorgio Armani restaurant

Other Details: Sean Penn wasn't there, but Naomi and Liev, New York's premiere acting couple (that's safe to say, right? Who else would it be?) attended both the screening and the after party, which was held at the Ristorante Armani on Fifth Avenue.

Other Details: 10 New York restaurants earned Michelin stars this past year, including The Breslin, Marea, and Cafe Boulud. Chicken cacciatore sandwiches were served to the guests, and Reggie Watts played. 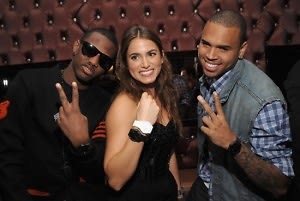 Other Details: It's a weird world, where Oscar winner Susan Sarandon attends a party with Kim G from The Real Housewives of New Jersey. Apparently, things got a little awkward when Rihanna started playing in the background (you know....Chris brown....kinda beat her to a pulp...awwwk-warrrrd...), but besides that partygoers were generally happy with how the night turned out. [Photo via] 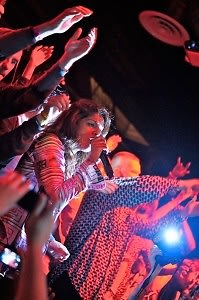 Who Was There: M.I.A., Rye Rye, and a couple hundred of the seemingly thousands of people who lined up outside starting at 7 pm.

Other Details: Free concerts=pandemonium, and sure enough, the cops were called to Williamsburg to do crowd control, though apparently things stayed very civil. M.I.A. came on at midnight and killed it, which is nice since her show in Boston on Tuesday wasn't so well-received.... 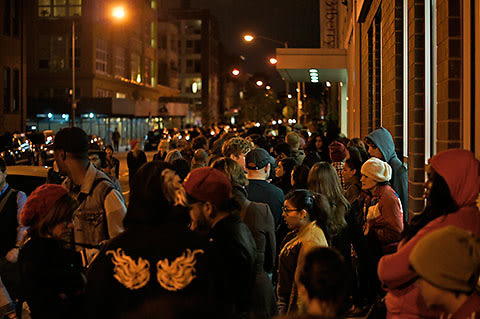 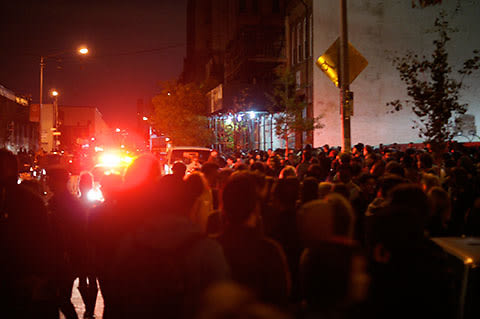 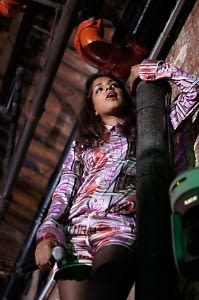 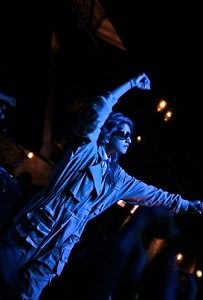