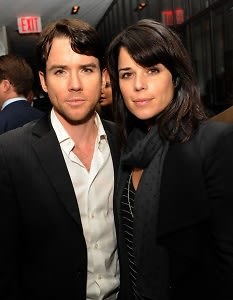 A Foursquare fete, minus Foursquare, a movie premiere, and two art openings: so which one did Madonna go to?- 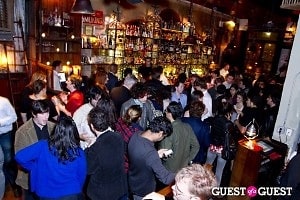 Who Was There: The usual suspects from the New York media scene; Dennis Crowley, of course, and people who actually own Foursquare apparel.

Other Details: As gleefully tweeted by just about every media geek in attendance, Foursquare was down at the time, making it impossible for guests to check in to the party....

Other Details: Kelly Cutrone participated in a bubble blowing contest!

Where: The New Museum

Who Was There: Michael Stipe, Carlos Quirarte, Cynthia Rowley

Other Details: The Last Newspaper explores the ways artists approach the news and respond to the stories and images that command headlines.

Other Details: Party was to showcase a group of 20 young artists, all finalists for the KiptonArt Rising Program of 2011.

Where: MoMA, afterparty at Andaz

Other Details: Unfortunately, the buzz from the movie and the party were not too good; the huge selection of cheeses at the after party got more attention than the movie itself. After the premiere, Milla Jovovich hopped on a plane and went directly back to Munich.

So which party did Madonna attend?

Well, none of them: she was seen having dinner at The Lion, the new hotspot restaurant in the West Village. Maybe next time, Foursquare...