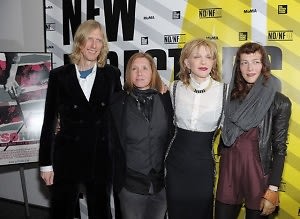 Michelle Williams screened her new film Meek's Cutoff, celebs hit the Jimmy at the James, the members of Hole were in the same room for the first time in thirteen years, socialites gathered for World Bicycle Relief, Joseph Altuzarra walked the runway for a cause and more. Find out what happened last night!

Where: Museum of Modern Art

Other Details: Re-live through this with me and I swear that I will die for you, Miss World. Last night the members of one of the best bands of the '90's, Hole, reunited in the same room for the first time. The occasion? The screening of the documentary Hit So Hard, which focuses on the life and near-death of Patty Schemel. Other members of the band are featured, including Courtney Love and there is footage of Kurt Cobain. When asked during the panel discussion after the screening if the band ever plans on getting back together, Love said: ""If something's not relevant I don't want to do it, if it's not moving forward I don't want to do it, that's just not my thing." reports Gothamist. Doesn't sound promising. [Via] Here's the panel talk: 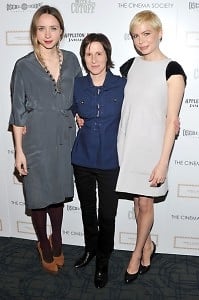 Other Details: Meek's Cutoff is a pioneer film set in 1845 which follows settlers as they try and make it across the Oregon Trail. It's kind of like the game only, you can't try again "If for some reason you don't survive -- your wagon burns, or thieves steal your oxen, or you run out of provisions, or you die of cholera." Most of the reviews say it is slow, but it pays off in the end. Michelle Williams stars in the movie and was on hand in a cute Chanel shift dress looking just as tiny and adorable as ever. Zoe Kazan and her real life boyfriend Paul Dano are also in the film and attended the screening, posing for pics together. Later, guests hit the after party at the Jimmy at the James hotel to talk about the movie and sip Appleton Estate cocktails. Courtney Love stopped by after an event for Hole at Moma (see below), Sofia Coppala looked like a mommy wearing a pale blue sweater and chatting away near the section with couches, and Beastie Boy Adam Yauch was almost unrecognizable in a cowboy hat with a long gray beard. He must have started planning his Western themed ensemble months ago. Michael Stipe was one of the latest arrivals, heading up on the elevator at around 12:30 in a blue beanie. [Via]

Other Details: The family came out for Jacqueline Schnabel's dinner for F.K. Day and Bicycle relief. Jacqueline Schnabel, Lola Schnabel, Julian Schanbel, Stella Schnabel all attended. World Bicycle Relief specializes in large-scale, comprehensive bicycle programs by providing supply chain management, technical knowledge and logistics expertise to poverty relief and disaster recovery initiatives. While many of the socialites that attended would probably never be caught dead taking to the bike lanes in Brooklyn or hauling it cross country, they all got behind the good cause. 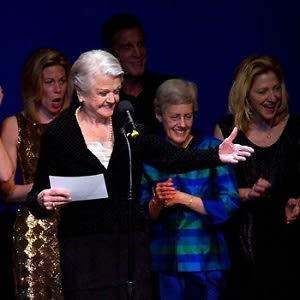 Other Details: Angela Lansbury and Friends honored Terrence McNally at the Longacre Theatre, with proceeds benefitting The Acting Company. Tony winner John Doyle wrote and directed the eveing, with musical direction by Mary Mitchell Campbell. “I am thrilled to do this for both Terrence, who brought me back to Broadway in Deuce, and The Acting Company, for which I have worked for almost 40 years.” Lansbury did not murder, but wrote in a statement. Afterward, attendees head to Blue Fin to continue the celebration. [Via]

Opening Night Curtain Call & Party for "The Other Place" 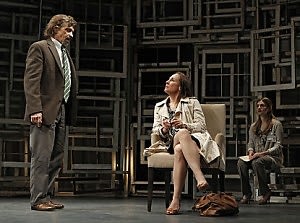 Other Details: Tony Award nominee Laurie Metcalf took the stage last night in the staring role of "The Other Place," as Juliana, a forceful woman undermined by a dreadful disease in the prime of her middle-aged life. @pduchan Tweeted: "Opening night crowd at @mcctheater's "The Other Place" applauded post-curtain call empty stage for 2 mins until Laurie Metcalf bowed again.' The congrats continued at 49 Grove during the after party. [Via] 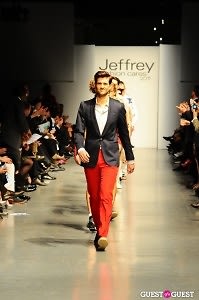 Other Details: Fashionistos hit the carpet for the 8th annual Jeffrey Cares which  raises money for four LGBT service organizations. Among the male models was designer Joseph Altuzarra who told Styleite “I have most of my dream clients already, but I think it would be great to have Kate Moss as a client!" Be sure to take a look at more photos HERE.

An Evening for CAMBODIAN CHILDREN'S FUND

Other Details: Founder of Cambodian Children's Fund, Scott Neeson, hosted the evening which included cocktails and a performance by Moby who was joined by special musical guest, Laura Dawn, the National Creative Director for the nonprofit, MoveOn.Org.