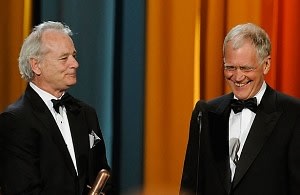 Some of the world's funniest people came out to congratulate each other, Daniel Radcliffe  took the Broadway stage, drag Queens put on their best ball gowns for a good cause, and more! Take a look at what happened while you were out boozing this weekend.

Other Details: Comedy heavyweights came out Saturday night for the first ever awards ceremony. Eddie Murphy was given the Career Icon Award, David Letterman was presented a Johnny Carson Award for Comedic Excellence by Bill Murray, Modern Family took home Best Comedy Series, and Alec Baldwin scored a Best Comedy Actor in Television Award.The Lonely Island guys, Andy Samberg and Jorma Taccone, performed their digital short "I Just Had Sex," with Akon and John Crier explained what he has been doing since Charlie Sheen went insane and killed "Two And A Half Men."

Jon Cryer Has a Lot of Time on His Hands. 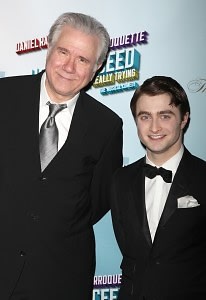 Where: Hirschfeld Theatre, The Plaza

Other Details: Daniel Radcliffe, Harry Potter himself, stepped into his new role of career opportunist J. Pierpont Finch this weekend for the revival of Frank Loesser's 1961 musical. When standing next to his co-star John Larroquette, who plays Daniel's boss in the play, they kind of look like grandson and grandpa. It's kind of adorable! The young star told Bloomberg News of: dropping acting for the corporate world: “I have literally no business acumen,” he added. “I think I’d be quite bored.” After the show guests head to the Plaza to celebrate. [Via]- 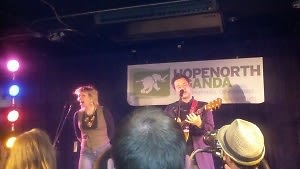 Other Details: Susan Sarandon and Mary Louis Parker hosted an event this weekend to benefit orphans and child soldiers in Uganda. Guests were treated to a special performance by Rufus Wainwright, Martha Wainwright, Josh Ritter, Jesse Malin, Charlie Mars, and Hope North founder Okello Kelo Sam. There was of course, also lots of ping pong. [Via]

Night of a Thousand Gowns 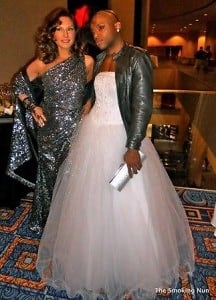 Other Details: The black tie dinner, dance, coronation & fundraiser is now in its 25th year and has managed to raise over one million dollars. Funds are donated to The Trevor Project and Ali Forney Center. Glamor was the key word of the evening! [Via] 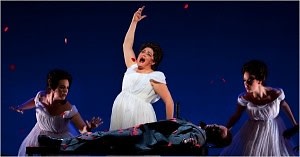 Other Details: On Friday, the New York City Opera presented a triple bill of one-person works, called “Monodramas,” the most traditional of which was Arnold Schoenberg’s “Erwartung.”The Washington Post comments on the eclectic audience in their review-which included Lou Reed and Rufus Waiwright-and recommended this for those new to the opera. [Via]