Julie Taymor and other guests came out for a screening of the tapes taken by Ken Kesey and the Merry Pranksters;  HaChi Downtown opened its doors; the Asia Society previewed its Ai Weiwei exhibit; and a fire dancer did his thing at a firehouse. Last night's parties were smoking! 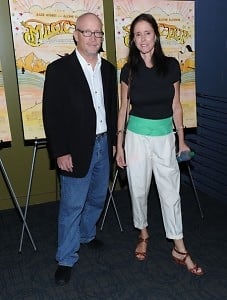 Where: Sunshine Landmark, Vault at Pfaff's

Other Details: If you are a fan of the hippies and the Beats, you will love this film. An edited version of the tapes taken by Ken Kesey and the Merry Pranksters in 1964, it follows the LSD dropping troupe on their legendary bus ride in Furthur and the beginning and end to the Acid Tests, giving a glimpse of what the  people you read about in Tom Wolfe's Electric Kool-Aid Acid Test were like in real life. This includes the iconic Neal Cassady, known as Dean Moriarty in Jack Kerouac's On The Road, who was also the driver for Kesey and company. Kerouac also makes an appearance, sitting on a couch drinking beer and seeming subdued. Additonally, there are scenes with Alan Ginsberg, Larry McMurty, the Grateful Dead and other leading figures of the time. After the flick, guests head to the Vault at Pfaff's. [Via] 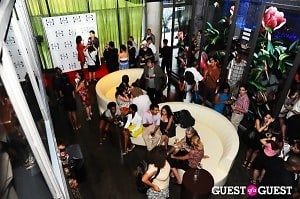 Other Details: HaChi Restaurant & Lounge celebrated its grand opening last night at their downtown location. Guests mingled over cocktails and appetizers at the contemporary Asian and French inspired two-story restaurant, that mixes the tranquility of a Japanese garden with the style of an upscale lounge. Be sure to take a look at images HERE.

Other Details: Blogger and political commentator Keli Goff hit Tracy Reese to help promote her new book "The GQ Candidate." It follows the changes within a group of friends when one of their own places a presidential bid. "There are so many other characters sprinkled in this book that those people who are real followers of politics are going to [have] fun with a guessing game about who certain characters are based on," she told HuffPo.

Where: The Asia Society

Other Details: The Asia Society previewed it's exhibit of New York photographs by China's dissident artist Ai Weiwei, who was recently detained by Chinese authorities for two months. He recently joined Google+, marking a return to social media, and has posted many of the NYC photos there. [Via] 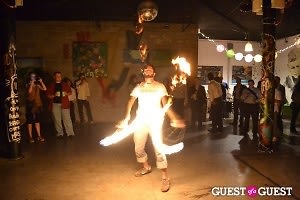 Other Details: SkillSlate, a classifieds website where customers post requests and service providers respond, hosted their self-branded Pivot Party at  DCTV Firehouse. Guests enjoyed a performance by Matthew Pagliaro, a fire performer who danced with flammable balls and chains- Thank God the party was at a firehouse! Be sure to take a look at images HERE.