DJs played music by the Gansevoort pool; Clams Casino played PS1; people salsa'd down 6th for the Domincan Day Parade; and Katra hosted a pop-up party. This weekend's parties had a playlist for everyone!

Other Details: The rain put a damper on the festivities, but people still came out for the Dove & MTV Fresh Spin Weekend at the Gansevoort Park. While there was little fun to be had in the pool, guests still enjoyed drinks, hors d’oeuvres, and music.

Warm Up At PS1 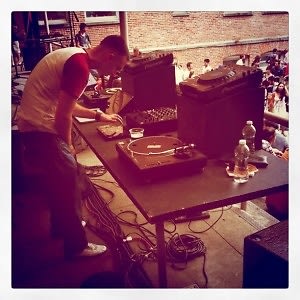 Other Details: The Warm Up Series continued at PS1 this weekend. Budding hip-hop star Clams Casino played as well as the good sounding, but annoyingly named oOoOO, and several other performers. 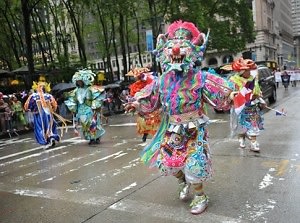 Where: 6th avenue from 36th street up

Other Details: Thousands came out on Sunday for the 30th Annual Dominican Day Parade.  There were floats by Goya and lots of dancing meringue, salsa, bachata, and more. [Via]

Pop Up Party at Katra 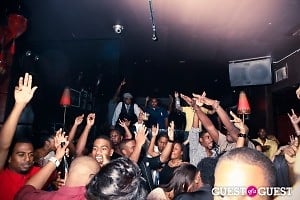 Other Details: Guests came out for the GofG party at Katra Friday night where there was plenty of dancing and drinking. Stellar way to kick off the weekend!