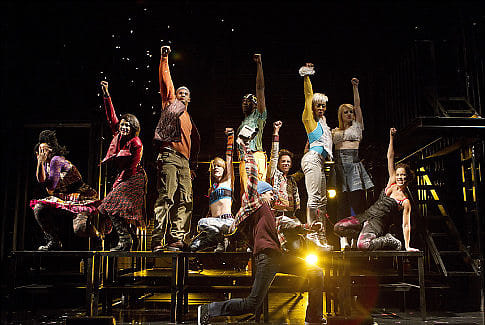 Rent made it's way back to the NY stage for the first time in 3 years ( 1,576,800 minutes); Theophilus London played Opening Ceremony's block party; the Timeshare Backyard opened; LMFAO played Pier 39  and more. Last night's parties were their very own party rock anthem!

Other Details: Rent is back on stage in NYC. Reviews seem mixed with the NYT stating, "Maybe they should call it “Sublet," when noting the performers inability to make the production feel at home. The NYDN says "the cast, while uniformly capable, doesn't boast a breakout star," and also has a problem with the new costumes, commenting that one actor is "stuck wearing jeggings-like pants that just look ... off." Jeggings, they ruin everything. [Via] 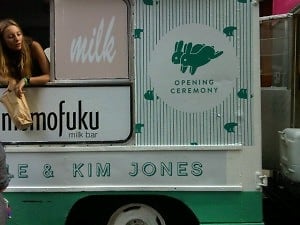 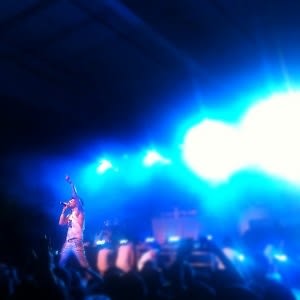 Who Was There: LMFAO, Swizz Beats, Gentlemen Hall, DJ Homicide

Other Details: Swizz Beatz took the stage last night to play all of his greatest hits and get the vodka-fueled crowd jumping during Billboard's first ever Summer Blowout. LMFAO were up next, after a quick DJ set, and dazzled the crowd with neon costume changes, glittery streamers, a giant inflatable Zebra, a cardboard robot and some seriously impressive back-up dancers. Gentleman Hall, the Battle of the Bands winners, also played.  [Via]

The Timeshare Backyard Opening Party [Be sure to take a look at more photos HERE!] 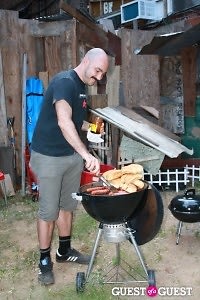 Other Details: Last night, the Participation Agency hosted a sneak peek of Timeshare Backyard, a pop-up suburban backyard inside of a transformed vacant lot at 145 Ludlow Street on the Lower East Side. Free booze compliments of Becks, Kopparberg and Shock Top was served across the street at Cake Shop. Grilled hot dogs and water balloons were in strong supply. Be sure to take a look at more photos HERE.

Cure Thrift Shop's Vintage Circus Party [Be sure to take a look at more photos HERE.] 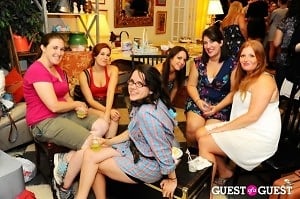 Other Details: Last night the Cure Thrift Shop, located in the East Village, celebrated its 3rd birthday with a circus-themed party for all of its customers and fans. The party was open to all and many stopped by to check out the vintage goods while enjoying music by Roosevelt Dime, hula hooping, food, drinks, and of course birthday cake. Be sure to take a look at more photos HERE.