Lady Gaga played the last of five sold out shows at the Garden, while Amos Lee played the Apple Store to promote his new album. Patrons took in dance and the orchestra, while kids got down with the cast of Broadway's best.  Let's find out what happened last night! 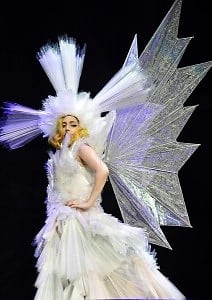 Who Was There: Liza Minnelli, Marisa Tomei

Other Details: "Tonight, in the town where the gays birthed me, you can be free!"Gaga announced last night. She also gave props to Liza Minnelli and Marisa Tome, who were in the audience, and a purple "gay unicorn" stuffed animal someone held up in the crowd. Along with speaking out for LGBT rights throughout the show, MTV reports that "two of her male backup dancers took the stage and made out passionately as the curtain came down." There was no egg in sight. [Via] 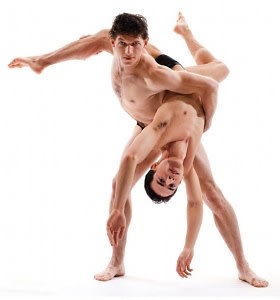 Other Details: The Paul Taylor Dance Company returns for its annual engagement with such popular Taylor dances as "Arden Court," "Black Tuesday," "Cloven Kingdom," "Company B," "Esplanade"and more. The Annual Gala was held after opening night and included dinner, dancing, and most likely, lots of talk about the arts. [Via]

AFIPO Celebrates The 75th Anniversary of The Israeli Philharmonic Orchestra

Where: Carnegie Hall, The Plaza Hotel

Other Details: The American Friends (AFIPO) mission is to secure the financial future of the Israel Philharmonic Orchestra (IPO). A concert took place at Carnegie Hall followed by dinner at the Plaza. Protesters gathered outside with signs asking people to boycott. You can read more about that here. [Via] 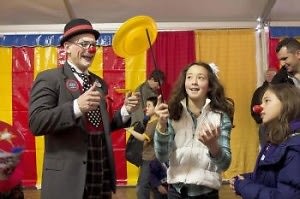 Who Was There: Children, those with a child-like spirit and love of Broadway

Other Details: Cast members from the current Broadway shows “The Addams Family,” “Billy Elliot,” and “Rain: A Tribute to the Beatles” performed. Rosie’s Broadway Kids also did a number and families could play interactive games with cast members of “Lombardi.” Tiny tykes enjoyed Face painting and arts and craft. Kind of makes you want to be a kid again, doesn't it? [Via] 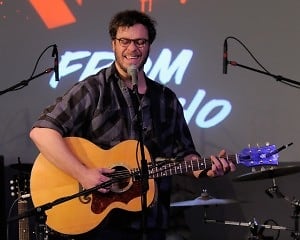 Who Was There: Amos Lee fans

Other Details: Amos Lee brought his sweet bluesy voice to the Apple store to promote his fourth album, “Mission Bell.” It debuted at #1 on the Billboard chart. Keep it loose, keep it tight.  [Via]