A statue of Andy Warhol by Rob Pruitt was unveiled on Union Square, Jason Reitman hosted a panel discussion for the film "Super," Daniel Boulud was awarded Chef of The Year, Jerry Weintraub screened his new HBO doc, brides hit the Metropolitan Pavilion and more. Last night was busy! Take a look! 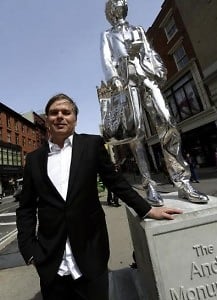 Other Details: Guests, including Taylor Mead, a writer, actor and performer in several of Andy Warhol's underground films, playwright Robert Heide, and artist, author and former colleague of Warhol, Ultra Violet, celebrated the unveiling of Rob Pruitt's monument to Andy Warhol on the second floor of the building that once housed the legendary Factory. After, special guests were invited to a fancy dinner at Todd English's Olives.  [Via] 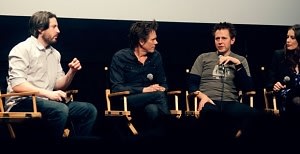 Other Details: Last night was the private screening of "Super," a film that follows a self-made vigilante superhero who, according to the AP, by the end "morphed into an intense and bloody exploration of a man on a quest, one who's hell-bent on vengeance — with a perky pixie by his side."  After attendees viewed the movie there was a panel discussion which included Liv Tyler and Kevin Bacon. Jason Reitmen, who played host, joked that the movie, which stars Ellen Page and Rainn Wilson, was a spin-off of Juno, which he directed: "But then I think everything is a spin-off of Juno, that's how I look at things." [Via] 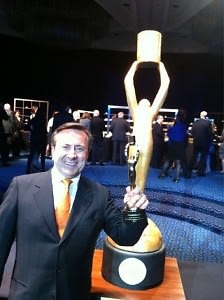 Other Details: The Culinary Institute of America (CIA) celebrated its fifth annual Leadership Awards. Paul Bocuse, the father of modern French cuisine, was given the Chef of the Century Award and Daniel Boulud took home the Chef of the Year. The giant statue you see behind him is actually a cake made by Duff from Ace of Cakes. The rest of the food was of course, just as fantastic. [Via]

HBO Presents the New York Premiere of HIS WAY: A Portrait of Hollywood Legend JERRY WEINTRAUB 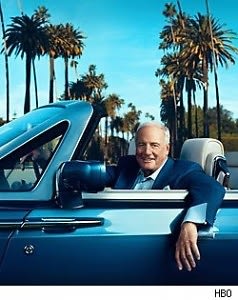 Other Details: Guests came out last night to view the new documentary on Jerry Weintraub, a legendary promoter, manager, and producer of films, television, and concerts. He's worked with Elvis Presley,  Frank Sinatra, Bob Dylan and John Denver, to name a few. [Via] 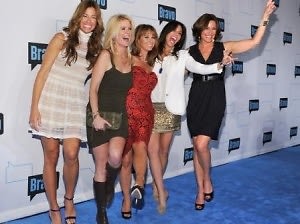 Other Details: The Housewives of New York and a bunch from New Jersey managed to refrain from cat fighting last night at the network's Upfront presentation. Guests were invited to take part in behind-the-scenes action with live Bravo talent cut-ins on air throughout the airing of the Top Chef All-Stars finale.  Richard Blais and Mike Isabella were on hand to cook and served two dishes from their finale menus. Andy Cohen writes on his blog this morning: "We announced 11 new series, including new ones for Jeff Lewis (don't worry, Flipping Out is back later this year too!), Rocco DiSpirito, Brad Goreski, and Chris March. We also picked up hits like Tabatha and Bethenny." [Via] 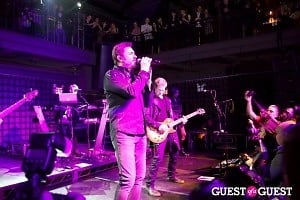 Where: Good Units at the Hudson Hotel

Other Details: PAPER magazine held its annual "Beautiful People," party with ABSOLUT Wild Tea last night at Good Units at the Hudson Hotel drawing out a crowd, predominantly dressed in black and leather, that fit the description. Cover boy Aziz Ansari played host,  and drew some fanfare, but the real excitement was reserved for the performance by Duran Duran. Take a look at the pics and video below! This was no ordinary world. Get details HERE and look at more photos HERE. 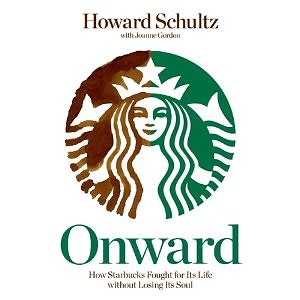 Where: Residence of Tina Brown and Sir Harry Evans

Other Details: Newsbeast held an event for Starbucks CEO Howard Schultz's new book "Onward," about "how Starbucks fought for its life without losing its soul."  Got that Katie Couric? 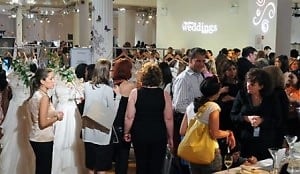 Other Details: New York Mag held its annual event for brides to be. The engaged sipped cocktails as they checked out jewelers, caterers, photographers, bridal fashion designers, venue liaisons, planners, and  more things to spend ridiculous sums of money on. [Via]

Other Details: We might just skip summer altogether with the way the weather is behaving. Sure maybe there will be one nice day, but then boom, it's Fall already. Luckily, there is something to get excited about: Ann Taylor's 2011 collection, which previewed last night at Beauty and Essex, is full of stuff you could actually wear. There wasn't a mom suit in site, but instead lots of camel colored sheaths and cool jackets. I'd wear the outfit to the right. Would you? [Via] 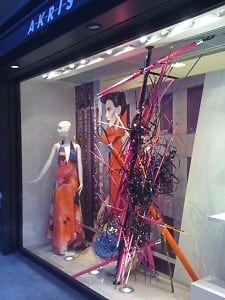 Other Details: W Magazine teamed up with Akris for a special window unveiling to promote Ballroom Marfa, a contemporary cultural arts space  that works with emerging and established artist. The window is part of the lead up to the organizations big benefit April 12.  [Via]