The New Museum held its Spring Gala, Julian Schnabel went to the movies in his signature beach-bedroom sunglasses and pajamas, Molly Sims hosted an exhibit for Greg Lotus, Vera Wang toasted Cindi Leive, and more. Last night didn't care that it was raining. 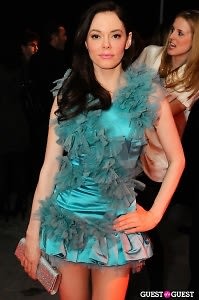 Other Details: Last night, the New Museum Spring Gala and after party was held at 7 World Trade Center with Interview magazine.  The evening was a collision of the fashion, music, literature and art worlds. Find out more details HERE and look at more pics HERE. 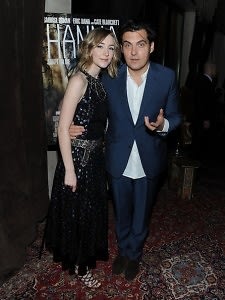 Other Details: From imdb "Hanna" is about: "A 16-year-old who was raised by her father to be the perfect assassin is dispatched on a mission across Europe, tracked by a ruthless intelligence agent and her operatives." Hanna is played by 16 year old, impossible-to-pronounce-her-name Saoirse Ronan (sounds like Ser-shay), who you might recognize from "Lovely Bones," and "Atonement," thus amping up this trend we've seen lately of young girls becoming empowered and kicking ass. Love it. The "Skins" kids came to see the flick as did Julian Schnabel in his signature glasses and PJs.  [Via] 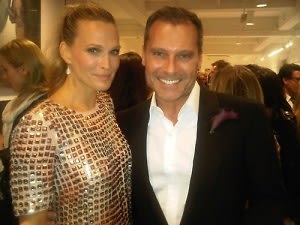 Other Details: Molly Sims hosted the opening of Greg Lotus' new exhibit which features the fashion photographers work. You've seen his stuff in Vogue Italia, Vogue Russia, and L'Uomo Vogue, to name a few and it's always amazing.  @younghyedesign Tweeted: "Greg lotus' photo exhibition was great. Beautiful color, lighting & composition... it was nice to meet great people as well." [Via]

Other Details: Vera Wang toasted Glamour's Cindy Leive for her new cookbook. The sales pitch: Cindy gave out her roast chicken recipe and some "70 women (and counting!) got engaged after cooking it for their boyfriends. Magic? Maybe." A gun hidden inside the hollowed out carcass with a note that says "Ring or else?" Perhaps. I'm sure there has been an article about it sandwiched in between how to look thin naked and 167 ways to turn a guy on without really trying. 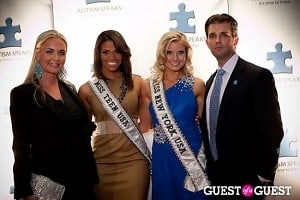 Other Details: Vanessa and Donald Trump Jr hosted this event to raise awareness and funds for autism. Take a look at more pics HERE. 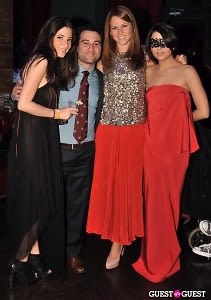 Other Details: The event featured the usual cocktails and auction, but spiced things up with an illusionist, cigar roller, and wine tasting. Take a look at more photos HERE.

Other Details: The Young New Yorkers for the Fight Against Parkinson’s and the Parkinson’s Disease Foundation (PDF) held its fourth annual Celebrate Spring event at LAVO with cocktails and dancing with music provided by DJ Brenda Black.

Other Details: The annual Scholarship Dinner and Auction honored Ellen V. Futter ’71, President of the American Museum of Natural History and President of Barnard from 1980 to 1993 and Barbara Novak ’50, renowned art historian and Barnard Professor Emerita. Greta Gerwig ’06, served as mistress of ceremonies. 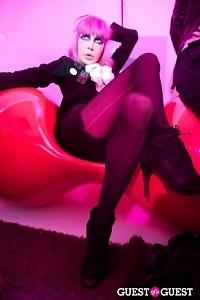 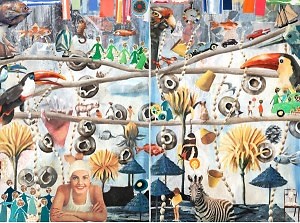 Other Details: In 2008, Ammo Books published LULU, a collection of Lulu de Kwiatkowski’s vividly colorful collages, but last night marked her first gallery show.  The interior designer told told WWD "The concept was that it would be the trail of inspiration. It’s really a visual autobiography through collage. It is the highlights of my life —death, falling in love, family, travel — all those things that are most important." [Via]