Rufus Wainwright serenaded bespectacled Brooklyn literary laureate Jonathan Safran Foer, Padma Lakshmi did her charitable good, somebody had a big birthday, and the lights used to ring in 2011 were turned on. All was a glimmer last night!

VINCE and GOODS FOR GOOD Holiday Party with RUFUS WAINWRIGHT 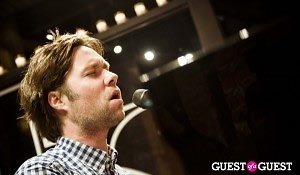 Other Details:  The Vince store in the Meatpacking District was the place to be last night. Rufus Wainwright took the stage to perform, dedicating a not so extremely loud tune to Jonathan Safran Foer who was incredibly close, having popped up at the event. Rufus also sang his beautiful (and possibly better, depending on who you are speaking to) rendition of Leonard Cohen's "Hallelujah." Times "It Girl," Mia Moretti, hit the DJ booth. 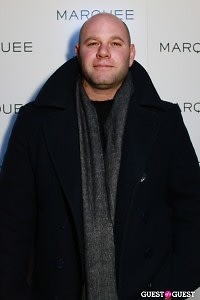 Other Details: Marquee turned a whopping seven years old last night, which in New York nightlife years equals something like 120. There were models, there were bottles. There was drunken revelry. We talked to impresario Noah Tepperberg about his secret to longevity and formula for success. Take a look HERE. 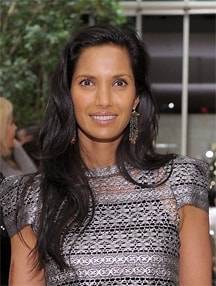 Who Was There: Padma Lakshmi, Brooklyn Youth Chorus

Other Details:  Padma Lakshmi took some time off from judging chefs and shedding baby weight at record speed to help out young women with endometriosis. Put her on Santa's nice list! Guests enjoyed cocktails and hors d'oeuvres as they listen to renowned opera singer, Harolyn Blackwell, and The Brooklyn Youth Chorus perform. [Via] 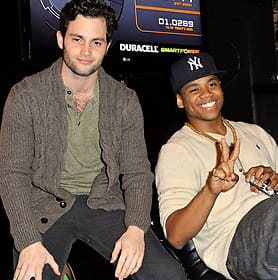 Other Details:  Duracell unveiled the Phillips LED numeral machine to be used for the New Year's Countdown in Times Square. RHONY Alex McCord and Simon van Kempen appeared as part of their unwritten contract that states in Article I, section 10, clause 1 they are mandated to appear at every event that ever takes place. Ever. A sad Penn Badgley, whose ex girlfriend Blake Lively is off getting roles in movies, knocking boots with A-list stars, and becoming the face of major fashion brands, was also hanging out. 2011 is gonna be a better year, Penn. We can feel it. [Via]