New York City issued 659 marriage licenses this weekend; Andrew Cuomo celebrated equality at the Dream Hotel; and Katy Perry took the blue carpet as a blonde for the Smurfs premiere. This weekend's parties were anything but blue! 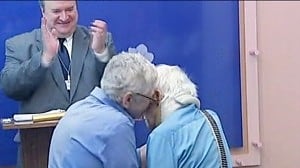 Where: All over the state

Other Details: New York City issued 659 marriage licenses yesterday and volunteer judges married 484 couples, gay and straight, according to a news release from Mayor Michael Bloomberg's office.    The first couple to say  "I do" were NYC's Phyllis Siegel, 77, and Connie Kopelov, 85, one of whom was in a wheel chair. They got hitched at the marriage bureau  at 9:02 a.m., setting off wedding bells across the city.  Mayor Bloomberg married two of his aides at Gracie Mansion.  Rick and Rod, two characters from the musical Avenue Q, were also wed. Congrats to everyone! [Via]

Where: The Dream Hotel

Other Details: New York Governor Andrew Cuomo, who submitted the marriage equality bill to the New York Senate, celebrated the first day of same sex weddings at the Dream with fellow political types.

The World Premiere "The Smurfs in 3D", Arrivals 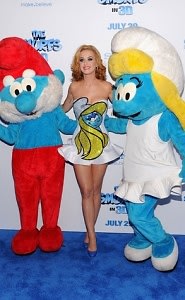 Other Details: Neil Patrick Harris, Katy Perry and the rest of the cast hit the blue carpet for the new Smurf movie. The flick begins in the Middle Ages with the Smurfs being chased by evil wizard Gargamel when they fall into a porthole and are transported to present day Central Park. If the trailer is any indication, they say the word "Smurf" like 8- billion times. Smurftastic. [Via]