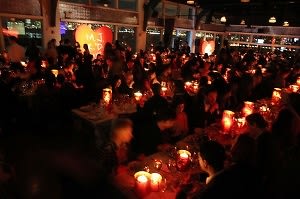 Marc Jacobs held one of the hottest and most celeb-filled  parties of the week at Pier 61, Olivier Theyskens got the cool kids together at Boom Boom Room, Matt Damon walked the carpet with his wife, Marisa Tomei and Liev Schreiber hit the theater and more. Take a look to see what happened last night. 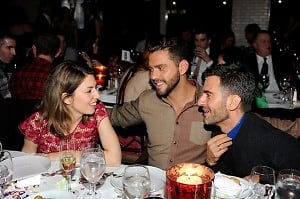 Other Details: Marc Jacobs' party was possibly the hardest to get into this season. The intimate affair was held at Pier 61 after his show at the Armory. The Scissor Sisters played. @TukieB Tweeted: "Rocking out to the Scissor Sisters w/ @JenellePhillip , @ Marc Jacobs after party! While the collection streams on large screens! [Via] 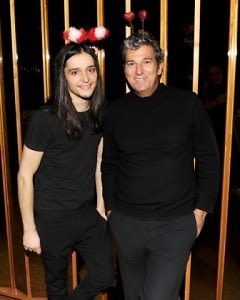 Other Details: Kelly Osbourne recovered from her crazy morning at the hospital. She was at the Boom Boom Room the night before as well, partying with stylist Brooke Dulien. According to her Twitter:   "HAPPY VALENTINES DAY everyone!!!!! How about I woke up covered in blood because a glass door exploded on my friend of the bathroom of the Boom Boom Room last night!" [Via] 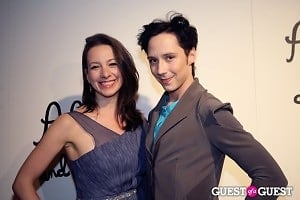 UNIVERSAL PICTURES Presents the World Premiere of THE ADJUSTMENT BUREAU 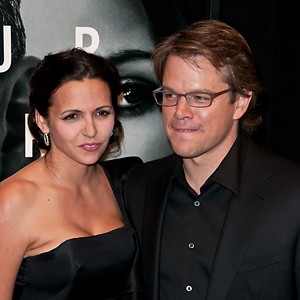 Other Details: Matt Damon brought his wife to the Valentine's Day premiere. “We have a two-week rule,” he told PEOPLE.  “We don’t allow ourselves to be apart.” Emily Blunt's husband John Krasinki was unable to make it since he is busy filming The Office. [Via]

Other Details: Sarah Jessica Parker, Matthew Broderick, James Gandolfini, Marisa Tomei and Bobby Cannavale were among the stars celebrating the 25th anniversary of the Off-Broadway theatre company Naked Angels. The evening included a performance and dinner. [Via]

Who Was There: Kelly Choi, E. Jean Carroll, Mia Moretti,

Other Details: Guests shopped Moschino and were treated to Belvedere cocktails and hors d’oeuvres. ELLE's love guru E. Jean was on hand to answer questions.  @KELLYCHOI Tweeted: "Moschino & Elle mag Valentine's party was so fun, can't NOT feel in love there w all the gorgeous people and beautiful spirits."