Ivanka Trump donned her best pearls, fancy people enjoyed Chinese dance at Lincoln Center, Ethan Hawke proved this will not be the winter of his discontent, Garrett Hedlund hung out for "Country Song," and Seth Rogen was in superhero form. What else happened last night? 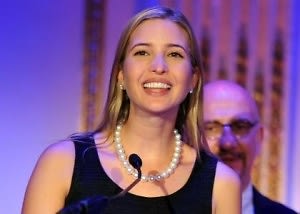 Other Details: The awards recognize excellence in the destination management industry, which includes restaurants, hotels, transportation companies and television programs, so it makes sense that Donald Trump's daughter was in attendance. Ivanka mingled with Yankees COO Lonn Trost and Trump SoHo General Manager David Chase at the Plaza Hotel soiree. Shmancy.  [Via] 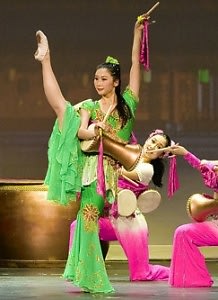 Other Details: Shen Yun Performing Arts, the world’s premier classical Chinese dance and music company,  hit Lincoln Center last night as part of their world tour. Boutique Director at Chopard, Cathryn Bove, saw the show, exclaiming, " “I saw it two years ago and had to come back, and it was just an amazing evening. I'm most enthralled by the costumes and the women dancing and the way they have such beautiful movements.” [Via] 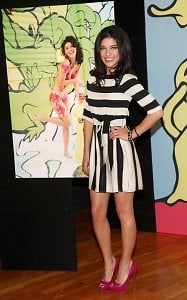 Who Was There: Jessica Szohr

Other Details: Jess can be seen when the steamy photos for SoBe are published as a spread in the upcoming Sport Illustrated Swimsuit Edition out February 15. "Last year's SoBe Lifewater skinsuit shoot took place on a gorgeous beach; this year's skinsuit shoot in the jungle was still amazing, but a little different. It definitely had an edgy vibe that I loved," she shilled, not forgetting to add, "No matter where you are, it's easy to be tempted and transformed with new SoBe Lifewater with electrolytes." She then drank seven in a row and pumped 50 ton weights to prove how awesome the drink is.*

-"BLOOD FROM A STONE" Premiere & After Party 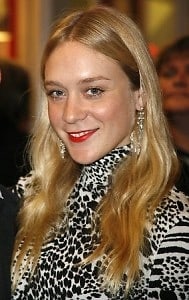 Other Details: "Blood from a Stone" is a dark comedy about a working-class family in New Britain, CT. "Travis visits his parents home to check on his brother Matt and his mother, only to find himself sucked into intractable conflicts, and a whole household on the verge of implosion."  Ooohhh, sounds good. Not convinced? Ethan Hawke is in it. It was delayed due to script revisions and is in previews now. Opening night is January 12. [Via] 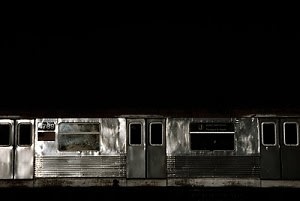 Other Details: Allee derived the name and theme of this series from the manner in which he captured the images. In his earlier work, he took images at night with artificial light and extremely long exposures For Dark Day, he did the opposite and shot on bright sunny days with high speeds creating a whole new look to his work. [Via] 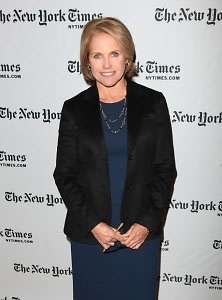 Other Details: Kevin Spacey opened the festival with the first time slot of the night. He discussed starring as disgraced former lobbyist Jack Abramoff in “Casino Jack” as well as serving as creative director of the Old Vic theater in London. Katie Couric touched on a number of topics in front of the rapt crowd. Not only did she discuss her broadcast career and the wars in Iraq and Afghanistan, but confessed an addiction to Glee. "It raises a lot of issues that are facing adolescents in a really brave way,” she said. “I think it really does teach a lot about tolerance, and I applaud the message it sends...And I need to go to Glee-hab, because I’m really into this show." [Via] 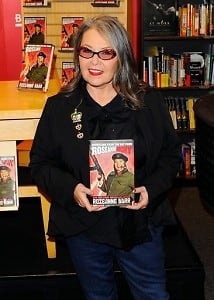 Who Was There: Roseanne Barr, her fans

Other Details: In between appearing on TV to talk to political pundits and promote herself and planning her run for President, Roseanne stopped by Borders to sign copies of her new book. "I just know this book will be wildly successful and well received because I'm someone who surrounds myself with positive energy and light, someone who doesn't let negative, demoralizing words like failure or disappointment or exercise even begin to creep into her life. I learned an important, valuable lesson years ago, when I used to smoke three or four packs of cigarettes a day: I am no quitter," says the introduction. [Via] 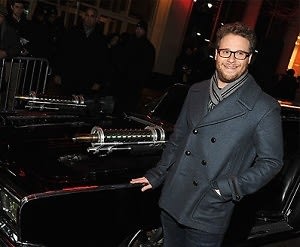 Who Was There: Seth Rogen, The Black Beauty Car

Other Details: According to MSNBC, some superhero purists are very concerned that Seth Rogen will make the film a joke, while others look forward to a humorous take on action film. How it will critically pan out remains to be seen. Directed by the fabulous Michael Gondry, I have a good feeling about it. However, I was a little surprised when Seth showed up next to a real car at last night's premiere. I would have though Gondry would have fashioned him a cardboard one with pipe cleaner and tinsel flowers.  Disappointment comes in so many forms. [Via] 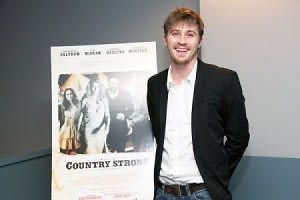 Who Was There: Garrett Hedlund

Other Details: Gwyneth Paltrow, Leighton Meetser, Tim Graw, um, everyone except Garrett Hedlund were noticably absent from yesterday's "Country Strong" screening. The flick opens in theaters this weekend so this was pretty much the NY premier. Good for Garrett. Also in Tron Legacy, this is his year to take all the attention.  As stated by the rules of the Hollywood Game, next year he will either be jaded or washed up so let's hope he enjoys it.   [Via]