Other Details: The Frick Collection’s summer party celebrated the season with cocktails, chic and colorful outfits, and jazz. Along with hanging out in the garden, attendees were able to go inside to check out the collection which includes masterpieces by Vermeer, Rembrandt, Fragonard, Goya, Renoir, and more. Be sure to take a look at more pictures HERE.

Where: The Academy Mansion

Other Details: Bottega Veneta celebrated the launch of its first women's fragrance created by Tomas Maier. Press and special guests were given a preview in spectacular surroundings. [Via]

Who Was There: Khloe Kardashain, Hank Baskett,  Jonathan Cheban

Other Details: Khloe Kardashian and friends gathered last night at the Dream Downtown to celebrate the launch of the brand new designer liqueur, HPNOTIQ Harmonie.  Showing off her curves in a black and blue tribal printed mini dress, the E! reality star partied with attendees. Be sure to take a look at more pics HERE.

Other Details: Rémy Martin celebrated the launch of their new white bottle “V." Guests at Lavo were able to taste the spirit, which is not a cognac, and enjoyed a performance by Robin Thicke. There is video for all you fans:

Victoria's Secret Angels Gear Up For a Supermodel Ride Soulcycle to Benefit Pelotonia [Be sure to take a look at more photos HERE!] 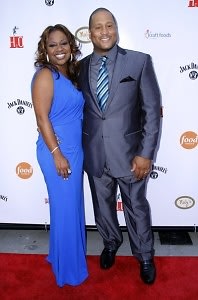 Other Details: Pat Neely opened his first barbecue restaurant in Memphis in 1988, and has expanded with their show on Food Network all the way to NYC. Wade Burch will work as the chef. [Via]

Other Details: Interior design icon Geoffrey Bradfield invited guests to his townhouse for summer cocktails, conversation, and jealousy inducing over his digs.

Other Details: Macy's bar III Winter ’11 preview was held at Glass Houses. Guests had a chance to meet bloggers Bunny Bisous, Chicmuse Muse and You Have Broken the Internetand listen to Harley Viera-Newtown spin.

Other Details: Guests gathered to take a look at photographs taken of bands and behind-the0scenes at Bonnaroo as they listened to the sounds of DJ Leany Bean of Neon Indian.