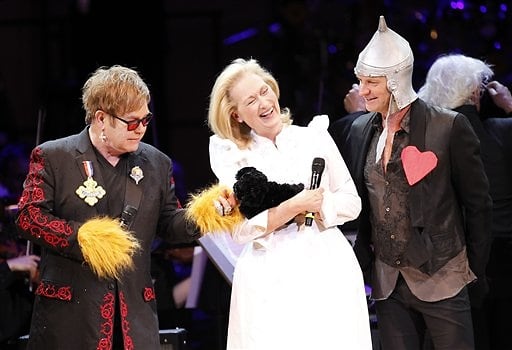 Last night in NYC, Meryl Streep, Elton John, and Sting were among the many stars that gathered for the Rainforest Fund concert at Carnegie Hall, Michael Jackson lives on in the Immortal World Tour of Cirque du Soleil, Ben Stiller dined at Paris Review's Spring Revel, Bobbi Brown supported Dress for Success at their 15th anniversary gala, and so much more! Last night's parties were all about celebrating for a good cause.