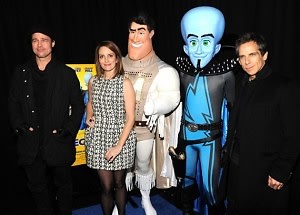 Is there anyone in the world more famous than Brad Pitt? Well, maybe Madonna. Both the superstars made rare appearances at events last night; Pitt attended the premiere of his new movie Megamind, along with sons Pax and Maddox, while Madonna stopped by the Fashion Delivers Gala to present an award. 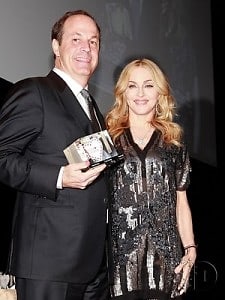 Other Details: Madonna made a surprise appearance at the Gala to present Neil Cole with an award. She made some jokes about her lawyers, and was overall very well-spoken and, of course, looked amazing. Terry Lundgren presented an award to old family friend Tommy Hilfiger, and spoke of how their daughters used to go to school together and what a devoted dad Tommy is. 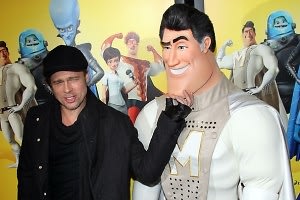 Other Details: The stars walked the carpet last night for the Megamind Premier. The flick was shown in 3-D and while there were plenty of kids in the crowd, it was the adults who seemed to be laughing the hardest. If the reactions of the crowd were any indication, Will Ferrell has yet another hit on his hands. We also asked Tina Fey whether she is open reprising her role as Sarah Palin on SNL.

"I think more likely when the real presidential election comes along, but I'm around. They know I'm around." 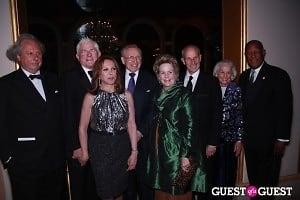 Other Details: Fran Lebowitz and Graydon Carter chatted; Graydon Carter told us he's optimistic about the rest of Obama's term, and wishes people could smoke at Waverly Inn.

Who Was There: Leighton Meester, Derek Lam, Michelle Trachtenberg