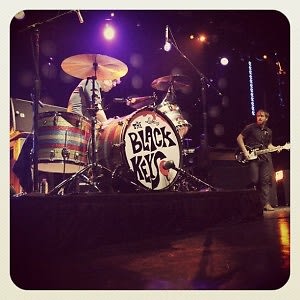 Last night, the Black Keys had an album release show at Webster Hall, Anne Hathaway joined Valentino at their virtual museum launch, SJP attended the Brain Trauma Foundation Gala, Angelina Jolie made her directorial debut at the premiere of her new film In The Land of Blood and Honey and so much more.  Last night's parties were all about bringing the nightlife back to NYC. (Even though Miami was fun while it lasted) - - -