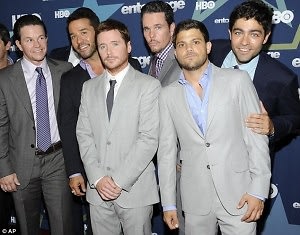 Jeremy Piven, Adrien Grenier, Kevin Connolly and the rest of the Entourage cast came out to the Beacon theater for their final season; art lovers took in the new exhibit at the New Museum, Popsugar and Interview partied in separate parts of the Standard Hotel;  Ryan Gosling promoted his new flick and more. Last night's parties looked so good, it was like they were photoshopped.

Other Details: The Entourage guys got suited up for the premiere of the final season at Beacon Theater.  I don't watch this (it's over-the-top douchey and objectifying of women, like the male-driven LA version of Sex and the CIty, no?), but are you guys sad it's ending?  The cast appeared on the Today Show earlier where they were asked why this season would be the last. Kevin Connolly joked, "No, we got canceled," and Dillon chimed in, "We'd shoot tomorrow if you let us." [Via] 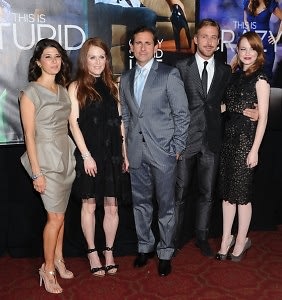 Other Details: The stars of Crazy, Stupid, Love hit the carpet at the Ziegfeld followed by a party at Tao. Get more details and take a look at the pics HERE.

Other Details: Last night the New Museum held a preview of their new exhibit  “Ostalgia,” which brings together the work of more than fifty artists from twenty countries across Eastern Europe and the former Soviet Republics. The title comes from the German word ostalgie, a term that emerged in the 1990s to describe a sense of longing and nostalgia for the era before the collapse of the Communist Bloc. [Via]

MoMA Previews Talk To Me: Design & The Communication Between People And Objects [Take a look at more photos HERE!] 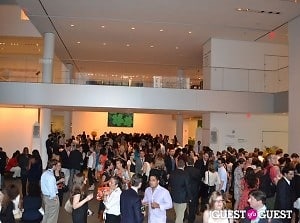 Who Was There: Heather Graham, Martha Stewart

Other Details: MoMA hosted a private party to celebrate Talk to Me: Design and the Communication between People and Objects. Guests, including Martha Stewart and Heather Graham, viewed the exhibition on the third floor with nearly 200 projects ranging from the micro­scopic to the cosmic. Be sure to take a look at more photos HERE.

Other Details: BLK DNM's  Johan Lindeberg and Le Baron's Andre Saraiva hosted last night's edition of Standard Sounds with Interview Magazine. Guests came, they drank, they hung on the roof, and enjoyed a performance by French electronic composer Koudlam. [Via]

Where: The Standard Hotel

Other Details: Guests came out to The Standard to celebrate PopSugar and gossip about celebs. Harley Viera-Newton DJ'd before hitting Avenue later in the night.  [Via] 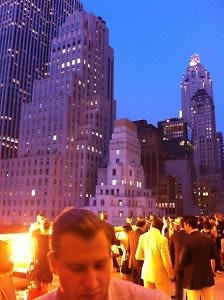 Other Details: The strangely addictive show (yes, I watch this but not Entourage), a gay version of the Real Housewives, is back for another season!  What will happen with Reichen and Rodiney????  Will Austin still act like such a bitch?

Other Details: Last night the WGIRLS NYC, a nonprofit organization of young professional women, hosted an event at Hudson Terrace to benefit the Sunrise Day Camp (a day camp for children with cancer and their siblings). The event was the organization's first ever Wine-Pull and featured an open bar and a variety of wines from donors such as City Winery, Wine Library, Chelsea Wine Vault, Palaia Vineyards and Tri Wines. Be sure to take a look at more photos HERE.