Paul Rudd and Alicia Silverstone gave us 'Clueless' memories at Cinema Society's screening for "Our Idiot Brother". Usher and Lil Jon tore down Avenue. Helen Mirren was a knock out at the screening for her new film "The Debt". Last night's parties were fuller of bangers! 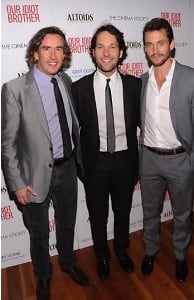 Other Details: The Cinema Society & Altoids, with Grey Goose, hosted a screening of The Weinstein Company's "Our Idiot Brother". The screening and party took place outdoors at 1 MiMA Tower. There was a bit of 90's nostalgia trickling around when Rudd got re-acquainted with pal Alicia Silverstone.

Other Details: Many of your favorite Yankee players and baseball fans alike came out to support this benefit for the victims of the Alabama tornados. The private reception, dinner and auction were presented by SKYBRIDGE Capital.

Usher and Lil Jon Tear Up Avenue With A Surprise Perfromance 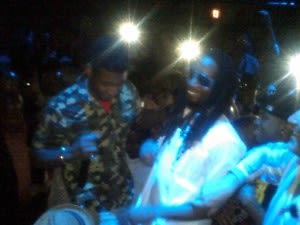 Other Details: Urban pop's current king Usher and producers Jermaine Dupri and Lil Jon made the party last all night at Avenue. Surprising guests all over the venue with their appearance and major partying. Around 3 am, Usher grabbed the mic for another surprise of the evening- a spur of the moment performance of his 2004 smash "Yeah".

New York Screening of "The Debt" 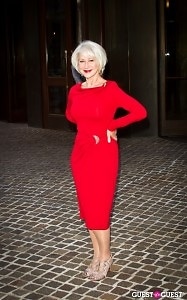 Other Details: Guests came out to a screening for Academy Award nominated director John Madden, The Debt. The espionage thriller stars Helen Mirren and Sam Worthington. Suspense builds throughout the film in and across two different time periods, with startling action and surprising revelations.