The French honored Marc Jacobs with a fancy dinner at The Plaza, a weird mix of celebs hit the opening of Converse's new Soho store, Robert De Niro does not like the cold, but everyone likes Leo Fuchs...what else happened last night?

Other Details: "Blue Valentine" continues its press tour of screenings and premieres with a luncheon. Have you, your grandma, and your 7 year old cousin spoken  to Mr. Ryan Gosling yet? He's soooo dreamy. So is Michelle Williams. Someone handed her a note that read "M. I love you." Julian Schnabel acted as her protector by holding up his coat to shroud the waif from the mid-day sunlight pouring through the window. [Via]

Other Details: The event honored Jon Corzine. The former NJ Governor was with new wife, Sharon Elghanayan, whose diamond rock was more blinding than the paparazzi flashes. When standing next to Corzine, sex midget Dr. Ruth hardly reached his waist. Robert De Niro came in late, because we're told "It's cold." Better late than never, right? 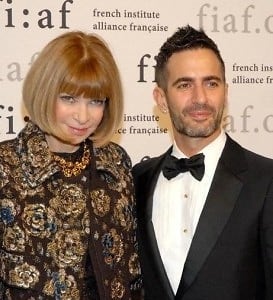 Other Details: It's true what they say about French women: they are all skinny, glowing, and gorgeous. It was these types that filled the room at FIAF's gala honoring Marc Jacobs. A short documentary was shown on the designer, followed by a speech by Anna Wintour, who was either nervous, choked up, or just needed a glass of water. Apparently, the woman is not just a fashion robot. She has emotions. Who knew?  Video, HERE. [Via] 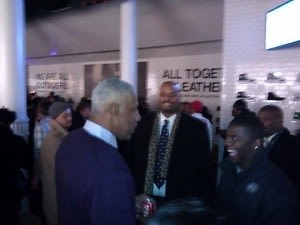 Other Details: There was an odd variety of guests at the sneaker giant's unveiling of  its largest specialty store. Andrew WK cohorts Cherie Lily and Bad Brilliance hung with former Cobra Snake girlfriend and Internet phenom Cory Kennedy and Precious (based on the novel by Saphire) star Gabourey Sidibe. There was Belvedere, lobster rolls and a performance by darlings Matt and Kim. [Via]

Where: Urban Zen Center at the Stephan Weiss Studio

Other Details: The 15th Annual ACRIA Holiday Dinner honored Spyros Niarchos and the Stavros Niarchos Foundation for their enduring support benefiting AIDS Community Research Initiative of America (ACRIA). Stylista @FabiolaBeracasa Tweeted "Sitting at the Calvin Klein for ACRIA foundation dinner. Its such a fantastic cause, happy to be here!" [Via]

Other Details: Both Bergdorf Goodman with Simon Spur and Gawker hosted parties for the launch of "LEO FUCHS: Special Photographer From the Golden Age of Hollywood." [Via] 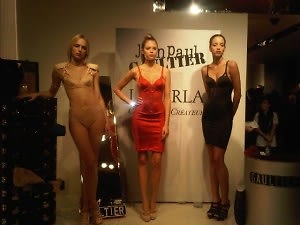 Other Details: The new collection includes a wide variety of items: very tight-fitting corsets, high-waist panties that are tight on the sides, and very sexy prominent bustiers. A collab between  Jean Paul Gaultier and La Perla? It's all very early Madonna.  In related news, La Perla is on Gilt Group today! [Via]

Other Details: We're not entirely sure but we are guessing the evening went something like this: Jill Zarin was all "Where's Bethenny, I'm gonna cut that bitch," to which Kelly Bensimon giggled and shouted "Jelly beans, unicorns!!!" with three exclamation points. Alex McCord gave a mean look and Ramona gave crazy eyes, at which point Nigel Barker stepped in to note, "Tone down the smize." Then they all went home cackling over what a wonderful time they had, except for Ramona who drank a bottle of pinot and pondered her 15 minutes. [Via]

L'OREAL WOMEN of WORTH Awards Dinner 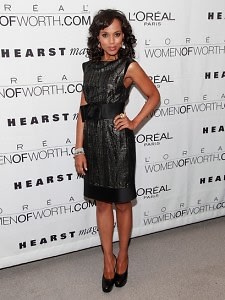 Other Details: With over 2,000 nominations from across the country, L’Oreal Paris chose 10 women who truly embody the spirit of volunteerism: the groups consists of passionate, hard working and giving women with charitable programs ranging from health care to hunger to literacy and every heartfelt cause in between. [Via] 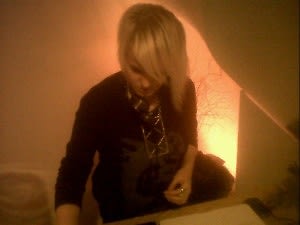 WHo Was There: Nick Cannon, Martha Stewart, Becka Diamond