While you were busy partaking in SantaCon this weekend, tweens were rocking the Garden, socialites twirled in ball gowns, Christian Bale managed to control his temper, The Situation gave tips for creeping on the ladies and more...

Other Details: The bubblegum pop fest filled the seats with tweens as there parents milled around outside. As always, the concert was a big time production with Katy Perry in her usual over-the-top outfit. Justin Bieber, whose voice is changing now that he is hitting puberty, is rumored to have lip synched. As long as he doesn't cut his hair, I am sure his fan base won't mind. [Via] 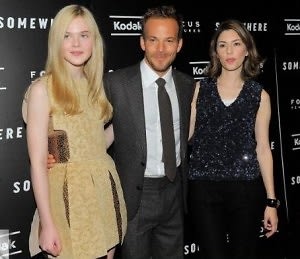 Where: Tribecca Grand Hotel, Top of the Standard

Other Details: Elle Fanning, a mere 12 years old, appeared to be about 20 in a gold glimmering Rodarte dress and high platform shoes. Stephen Dorf couldn't help himself from commenting on them when he arrived at the carpet, even though it meant screaming across the room. The actor was in high spirits, joking around with press and laughing. He hasn't been in a film for quiet some time and this is his big chance at a comeback. He's been sure to thank Sofia for "making him cool again." [Via] 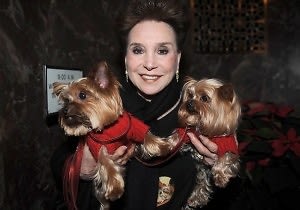 Other Details: Gossip doyenne Cindy Adams hosted the event with her two dogs Jazzy and Juicy. The non-denominational ceremony celebrates pets and their parents of all faiths, ASPCA shelter animals and the NYPDs canines and horses, all of whom will someday cross the Rainbow Bridge. The Brooklyn Youth Chorus Academy sang during the blessing. [Via]. 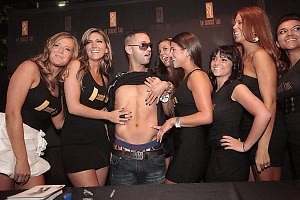 Who Was There: Mike "TheSituation" Sorrentino, women with horrible taste/odd sense of humor

Other Details: The Situation took some time out of his busy schedule of gym, tanning, and doing laundry to sign copies of "Here's The Situation." It was a classy affair, of course. The book, term used loosely, is a guide to creeping on chicks, avoiding grenades and getting in your GTL on the Jersey Shore. It is not the hit publishers had hoped for, selling just 4,000 copies.He has a work out DVD  for getting people juiced coming out soon, which will hopefully, not likely, do better. [Via] 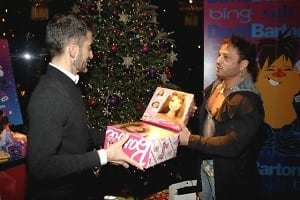 Other Details: David Barton and Susanne Bartsch, who recently announced plans to divorce, showed up together and put on smiles for the event. Anything to get toys to tots! Presented by BING, DJ Mia Moretti and DJ Johnny Dynell spun tunes while guests drank Voli Vodka & Perrier and helped reach the goal of collecting its 200,000 toys. [Via] 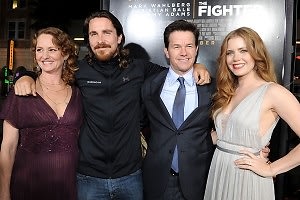 Where: The SVA Theater, Top of The Standard

Other Details: Tinsley Mortimer got close with her beau Brian Mazza while ever-present party fixture Russell Simmons was so energized and into the movie he scarfed down popcorn like it was nobody's business. Whenever the sisters of Mark Wahlberg's character would call the girlfriend character Charlene an "MTV" girl, Simmons would be taken aback--all gasps. [Via] 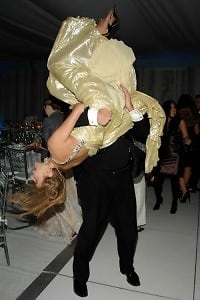 Other Details: New York socialites put on their best to attend the Winter Wonderland Ball which was decorated with miniature historical landmarks made from sugar pine cones, pomegranates, and other natural materials. Despite being constricted by long gowns and social codes, it didn't stop anyone from getting wild on the dance floor. Just look at the air Lauren Remington Platt is getting. [Via]