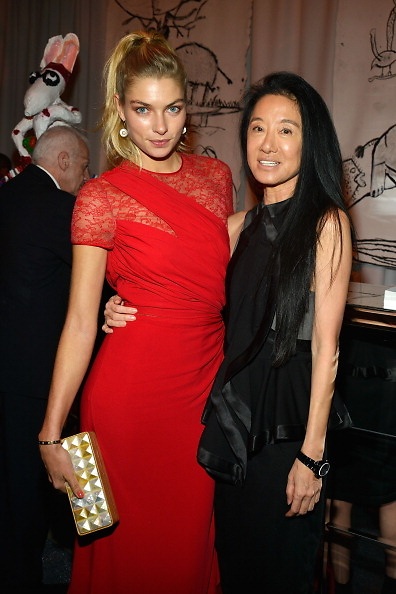 Last night in NYC, Vera Wang and Mary Kate Olsen joined Studio in a School's founder Agnes Gund at the Seagram Building Plaza for the organization's 35th anniversary gala, Georgina Chapman debuted her limited edition tees inspired by the New York Jets in front of NFL quarterback Mark Sanchez and Donald Trump, Cory Kennedy and Scott Lipps showed up to Christie's "We had to destroy it in order to save it" exhibition hosted by Interview Magazine, M83 performed at the Hammerstein Ballroom, and so much more!