John Waters turned out to honor 30 Rock and other TV shows, Brooke Shields sung her heart out, and Julianne Moore was recognized for her work with the LGBT community. Animals lovers raised funds, tech lovers celebrated a new web site, and Franco-philes feted the French. Let's see what went down this weekend! 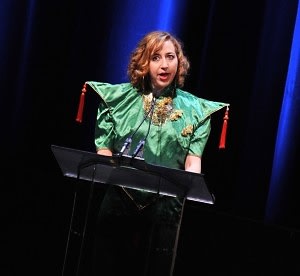 Other Details: Kristen Schaal, the host of the night, called the awards, ‘The Introverted Emmys." Judah Friedlander, Kathleen Turner, and John Larroquette gave out Whale Tail statuettes to the writing teams behind Boardwalk Empire, 30Rock, and The Colbert Report. [Via] 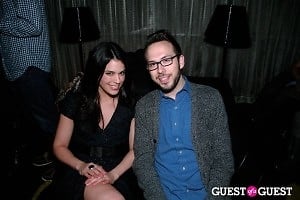 Other Details: The tech elite came out Saturday night for a party to launch Lauren Leto's Bnter.com.  According to Gatecrasher, Twitter co-founder Jack Dorsey spent the evening showing off a  "212" cell phone number he bought on eBay. "The old-school area code is a status symbol of sorts: It makes its bearer look savvy and established, and fellow geeky guys like foursquare's Dennis Crowley have been quoted admiring Dorsey's digits.  But partygoers with less esoteric tastes may have been more interested in his other charms — he was inviting people to come party in his hotel room."

MODELS HOTEL PRESENTS Your RoomKey to the City

Other Details: The beautiful people networked while sipping Figenza vodka at the Soho Grand Hotel. New members were presented with their room key which gives access to discounts, freebies, event admission and other perks at top nightclubs, restaurants, retail stores, cosmetic dentists,etc. etc. etc. Models are always given the good stuff. Life is so unfair. 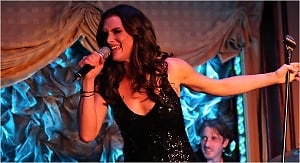 Other Details: Brooke Shield's is performing her show "It's My Life" at Feinstein's this month and so far...so good. The NY Times has given her a rave review: "The combination of her warm, forthright personality, her writing skills (she created the extensive, often witty patter for the show, bluntly titled “In My Life”) and her astuteness in assembling collaborators, worked for her." It only runs till Feb. 12th so get tickets now. [Via] 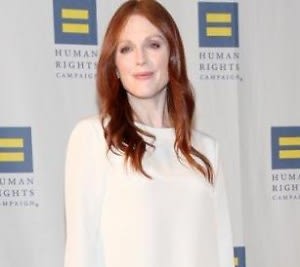 Who Was There: Mark Ruffalo, Julianne Moore, Audra McDonald

Other Details: The Human Rights Campaign, the nation’s largest lesbian, gay, bisexual and transgender (LGBT) civil rights organization, held its annual benefit. Julianne Moore and Mark Ruffalo were honored for there work in the LGBT community with their film The Kids Are Alright. Guests enjoyed dinner and a special musical performance by the stars of Broadway's Priscilla Queen of the Desert. [Via]

Other Details: Bridges of Hope Project hosted a night benefiting the Youth & Children of Turkey. Guests dined on gourmet delicacies, indulged in an open bar, listened to the sounds of a DJ, and placed bids in an auction.

"What The Puck?! " Ice Hockey Tournament at The Standard New York

Other Details: The Standard rink was bumping this weekend. Forget the Super Bowl, this was the most intense competitive sport. The hotel's hockey tournament was intense as guests looked on from the Grill while sipping warm drinks. 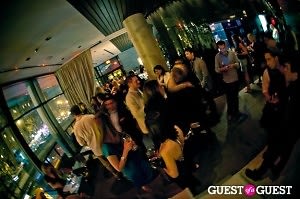 Who Was There: Animal lovers

Other Details: In partnership with Animal Care & Control, Lorenzo Borghese, Jennifer Jablow, Lauren Grafer, Li Jing, and others hosted this fundraiser at the Shang Bar and Lounge at the Thompson Hotel LES. While no dogs gave speeches, many sent their thanks with their owners.