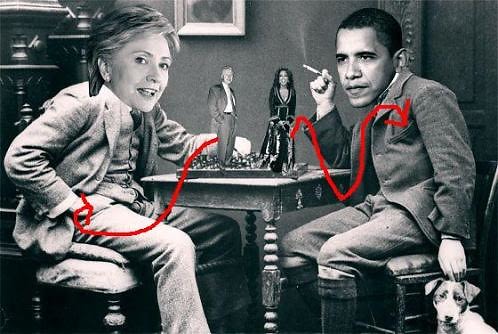 Forget the fight between Hillary Clinton and Barrack Obama, the bigger fight in the ring it seems is that between their most popular supporters Bill Clinton and Oprah Winfrey. Bill is an obvious supporter due to the covenant of marriage and is critical to Hillary's candidacy because of the whole EXPERIENCE thing, whereas Oprah, (who has never made it a secret of her support for Obama from the start), is an obvious supporter due to racial ties and may be critical to Obama for well, being Oprah. While Hillary has Bill up her sleeve, Obama seems to have Oprah in his pocket...but does it really matter? According to most, no.

Based on the results from Google fight, Bill is clearly ahead in this battle, and as Time's Mark Halperin points out "American voters are not looking for a celebrity or talk show side kick to lead them." He goes as far as suggesting that Winfrey may even be counterproductive, bringing to the table only the things Obama already has like campaign cash, celebrity, excitement, and big crowds...not validity in his ability to lead our country. Well as much as we would like to believe that our citizens are smart enough to move pass such propaganda, it's just not the case. These are the same people waiting in lines for weeks to score an overprice i-phone, or days to get in on Black Friday specials. Obama knows what's up...those folks over in Des Moines or Cedar Rapids, Iowa LOVE their Oprah and whatever she touches becomes golden. Her "favorite things" show is a guarantee that your product will sell off the shelves like hot cakes the following day, and her new "favorite thing" she's promoting? Well we think that there are thousands of housewives all over that will be telling their clan just how spectacular they think he is.