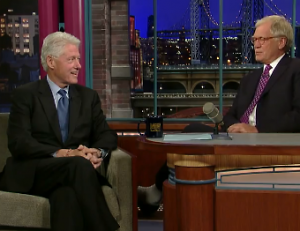 Forget sexual relations, Bill Clinton is all about Parenting 101 and Weddings these days.

The suave saxophone playing ex President stopped by the Ed Sullivan Theatre yesterday to shoot the shit with Dave Letterman and now that he doesn't have a country to run (the leaders of the free world at that) he seems incredibly relaxed with his lot in life.

The former President explains just how important daughter Chelsea's nuptials were to the family. Chelsea having recently married her longtime friend Marc Mezvinsky (read all about here).

Dave joked with Bill that the boy really should be a little bit afraid of a father-in-law who held keys to the White House, while Clinton assured him that he has known Marc since Chelsea's high-school days and was very pleased when Marc asked for his daughters hand in marriage.

As for Mamma Clinton? Well:

"Hillary wanted this marriage because she wants to be a grandmother more than she wanted to be President," Clinton tells Letterman. 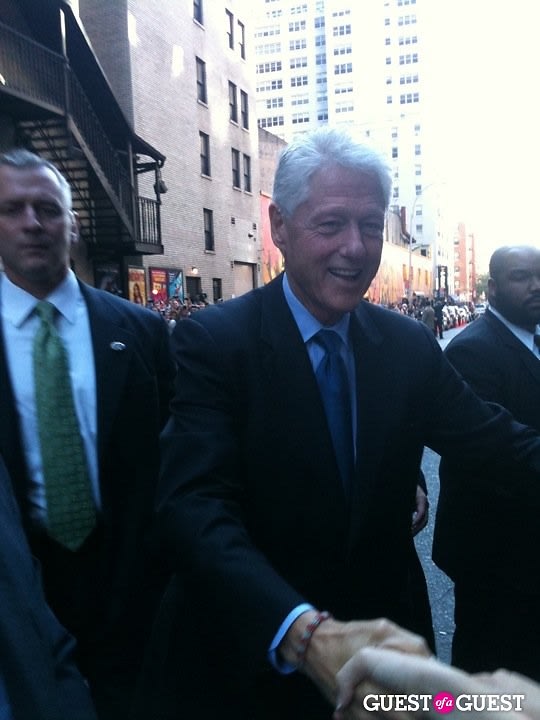 To avoid crying at his only daughters wedding, the former President cites two reasons when walking Chelsea down the aisle.

"One is I wanted it to be about her and not me," Clinton says. "And the second is she had a really big dress, and I didn't want to step on it, so I had to concentrate on starting out about four inches ahead of her and then I had to stay in step."